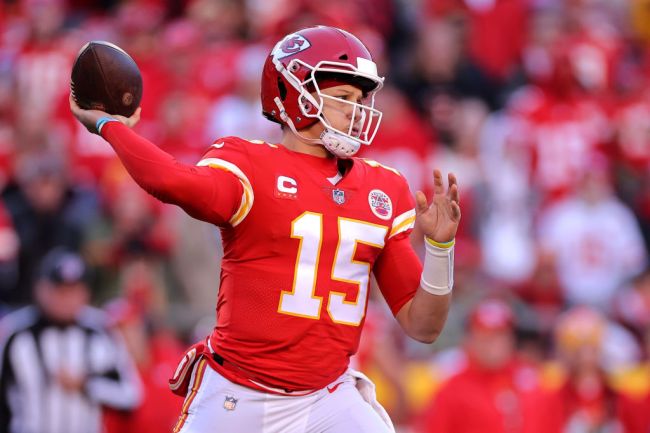 Last month, the Kansas City Chiefs stunned the NFL when they traded Tyreek Hill for a haul of draft picks. The move left Patrick Mahomes without one of his top weapons and left the Chiefs needing to find options to pick up the slack.

Today, Mahomes spoke to NFL Network’s James Palmer and revealed his initial reaction to the trade.

Patrick Mahomes full answer when asked what his reaction was to Tyreek Hill being traded.

"Obviously my initial reaction was a little bit of shock even though you knew that this was a possibility" pic.twitter.com/eXqCkKqEzj

“Obviously my initial reaction was a little bit of shock. Even though you knew that this was a possibility, just playing with a guy you’ve played with and built a friendship with over the last six years, it definitely way something that … you didn’t want him just to leave more for the … just being able to hang out in the locker room and do that stuff than the actual on-the-field stuff. “But you’re happy for him. He got a great contract and obviously he’s back where he has a house in the offseason and around a lot of his family and stuff like that. I wish the best for him. We’ve got to keep rolling. It’s how it is in this league,” Mahomes said. “It’s as much a business as much as it is about your friendships and stuff like that. So, we know in order to have success in this league you have got to evolve and keep getting better. I got with these new receivers as quickly as possible and try and build that so we can have success when we get going this year.”

Most of the football world likely had an initial reaction similar to Mahomes when this deal was announced. The move seemingly came from nowhere and saw one of the league’s top receivers moving to a new team.

Next season, Mahomes will have a couple of new faces trying to make fill Hill’s shoes with Juju Smith-Schuster and Marquez Valdes-Scantling joining the squad. Maybe between the two of them they can help Mahomes not miss Hill so much.