Patrick Mahomes Puts Trash In A Garbage Can, Broadcasters Praise Him As If He’s Done Something Miraculous 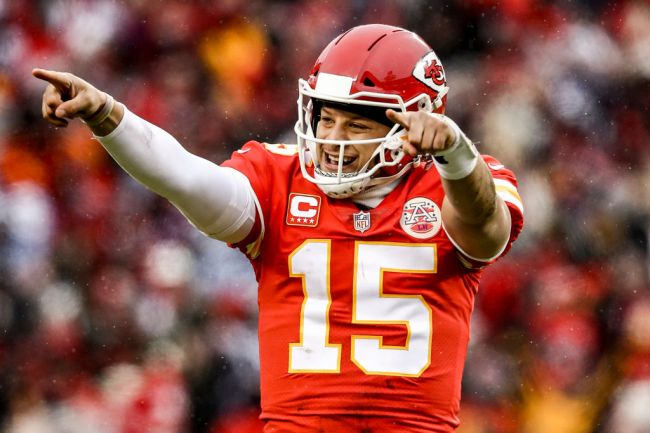 Patrick Mahomes didn’t play in the Chiefs’ regular season finale, but that doesn’t mean that he didn’t do something special on Sunday.

While walking on the sideline during pregame warmups, Mahomes did the unthinkable: he bent over, picked up a piece of trash, and put it in a nearby garbage can. It really is true that professional athletes are just like the rest of us, or, at least those of us who see a piece of trash and throw it away properly.

Mahomes throws away his trash pic.twitter.com/6Wr6doEqM1

The fact that FOX not only captured this moment but then actually made a brief segment about it is truly incredible. Announcers Kevin Kugler and Brock Huard even lauded the 25-year-old for his efforts throwing away the trash saying he “didn’t have to do it.”

The media’s obsession with Mahomes and his every move is a very real thing. Steph Curry gets the same treatment every second he’s on a basketball court, including during warmups, but praising a guy for putting some trash in a garbage can is on an entirely different level.

Twitter was quick to react with jokes about obsessed the media is with Mahomes’ every move.

Did I just watch a highlight of Patrick Mahomes throwing trash away?

We are so starved for Mahomes content, they just showed a replay of him picking up his trash

Did they really just show a replay of Mahomes picking up trash? These announcers need to get off their knees holy shit this is embarrassing. Dude isn’t even playing 😂😂😂

It’s worth noting that Chiefs former general manager Scott Pioli reportedly used a candy wrapper he found in a stairwell to teach the team a lesson about attention to detail. So, the whole picking up trash thing has been instilled within the franchise for quite a while.

Keep an eye out during the playoffs for the Mahomes Cam, maybe we’ll see him tie his own shoes or something and get another reaction out of the media.