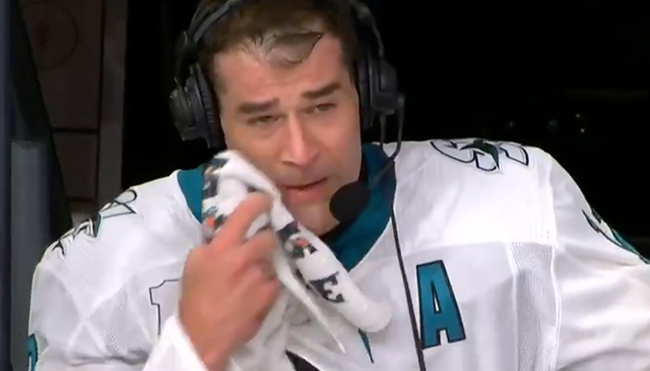 There are certain sports records that seem like they’ll never be broken, many of which are a testament to the fortitude of the people who set them; the 2,362 consecutive games Cal Ripken Jr. played, the 5,714 strikeouts Nolan Ryan threw over the course of a 27-year career, and the 2,857 points Wayne Gretzky racked up during his time in the NHL.

When The Great One kicked off his career, that record stood at the comparatively paltry 1,850 points Gordie Howe accrued over the course of his time in a league where he played 1,767 games (although it’s worth noting Mr. Hockey took to the ice an additional 285 times when he defected to the WHA for a few seasons before finishing out his NHL career with the Whalers at the age of 52.)

That fact that Howe managed to stick around as long as he did is particularly impressive when you consider the toll hockey takes on the people who play it, but over the years, there have been plenty of guys who have been seemingly immune to that brutal grind.

That includes longtime San Jose Sharks forward Patrick Marleau, who played his first NHL game back in 1997. It would mark the start of an incredible run that culminated on Monday night in the midst of what appears to be the 41-year-old’s farewell tour, as people around the league came together to congratulate him for officially surpassing Howe to break the record for the most contests a single player has appeared in.

James Hetfield of @Metallica takes us on a journey throughout Patty's career. 👏 #HistoryMarleaud pic.twitter.com/NFhhzE29VQ

The 41-year-old passes Gordie Howe with 1,768 games in his 24-year career. pic.twitter.com/vhqDAnzKrH

San Jose would ultimately fall to Las Vegas by a score of 3-2, but the result of the game was sort of an afterthought compared to the many moments we were treated to that reminded us why sports are dope as hell.

After it came to a close, every member of the Golden Knights made sure to shake Marleau’s hand in an awesome show of respect.

While he managed to hold back tears during the pregame ceremony, the same can’t be said for the emotional interview he gave after it ended where he revealed he’s hung around as long as he has because he simply loves the sport he’s devoted his life too.

Q: "Patty, what keeps you coming to the rink?"

Patrick Marleau: "I just love it. There's nothing else like it." ❤️#SJSharks pic.twitter.com/JoLVNrnHrM

Virtual stick taps for a real one.