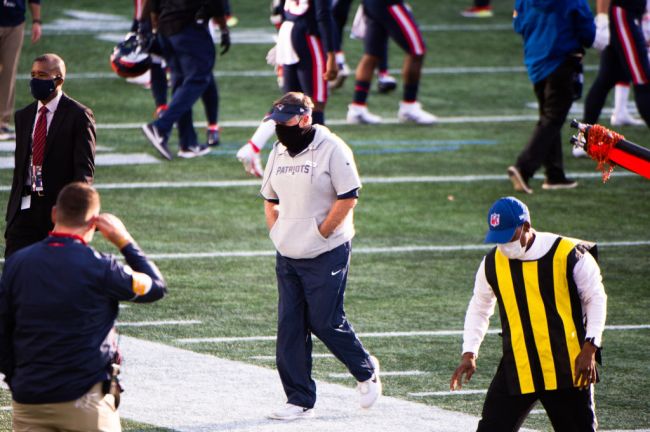 The New England Patriots loss to the Denver Broncos on Sunday did more than just drop the team to 2-3 on the season.

The previously Broncos (2-3) stunned the home team, handing New England an 18-12 loss and the team’s first home loss of the season.

During their broadcast of the game, CBS flashed a remarkable stat: the Patriots have not had a losing record in October or later since 2002.

CBS just flashed this statistic: The Patriots haven't had a losing record in October or later since Nov. 10, 2002. We'll see if now is the time …

And here’s another crazy stat from the Patriots loss.

Entering Sunday, the Patriots had been 39-0 under Bill Belichick in games when they didn’t allow a touchdown (including playoffs).

The Patriots played their worst game of the season against the Broncos.

Head coach Bill Belichick was quick to blame the positive coronavirus tests and lost practice time as the culprit for the team’s poor play.

Belichick: "Hopefully we'll be able to practice this week. We certainly need it. We'll see."

Belichick: "We need more time together. We need to practice together."

Belichick asked how much a lack of practice time impacted the way Patriots played today: "I don't know. Do you want a percentage? I have no idea."