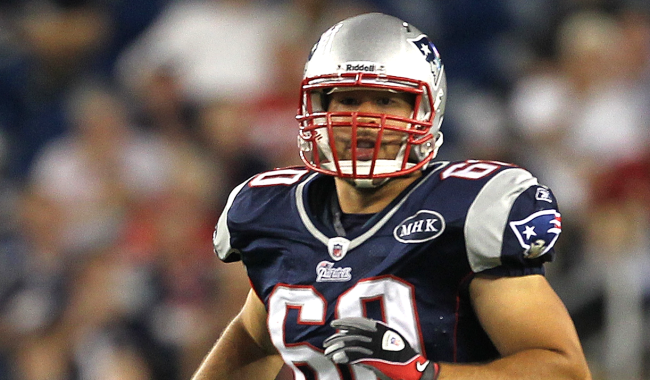 Former New England Patriots offensive lineman Rich Ohrnberger says he once crashed his car on purpose because he was late for practice and didn’t want to face Bill Belichick’s wrath.

Ohrnberger made this admission on a recent episode of The Hartman and Rich O Show on XTRA 1360 in San Diego.

“I wake up, my phone died overnight, and I realize I’m waking up to the sound of birds chirping and not my alarm going off,” Ohrnberger said. “I am frantic. I don’t even bother looking at the clock, I know I’m late. I just know I’m late.

“So I grab everything I need to, I mean, I am completely unkempt. I throw myself in the car in the garage, back out as fast as I can and I get to the road and I don’t want to speed, I don’t want to get a ticket because that’s only going to exacerbate things. So I’m stopping at every stop sign, but I’m hustling. I’m trying to get there.

“I finally look at the clock on my … I’m driving a Chevy Tahoe and it says I’m late already, or I’m going to be. I’m like five minutes to being officially late and I’ve got a 15 minute drive ahead of me. I’m gonna be 10 minutes late for this day.

“So I’m like, ‘oh my gosh, what do I do?’ and I have this sinking feeling in my stomach like, ‘I’m gonna be cut, like he’s not gonna have me on this football team come tomorrow. What do I do?’

“And I’m cruising down this slight sloping hill that brings you to the first traffic light that I have to turn right to get to the stadium for the morning meeting. And I see a church van in front of me that’s all dinged up and it’s got the black smoke coming out of the exhaust pipe and I’m like, ‘I’m gonna hit this car. I’m gonna rear-end this car.’ I’m going to hit this car because it’s better to pay the insurance or peel off this guy a couple hundred bucks than embarrass myself by being late for a Patriots team meeting.”

And he did it.

He ran into the church van being driven by a guy he says was “minutes from being 100 years old.”

Ohrnberger then clarified that he didn’t hit the van hard – the driver actually somehow thought it was his fault – just hard enough to dent his bumper so he had proof he was in an accident.

Then, feeling bad about what he done to this nice old man, and the fact that it had started pouring rain on him, he gave the guy some cash and his insurance information.

When he did finally get to the stadium, his offensive line coach didn’t believe his story at first, but Ohrnberger found out later that someone had indeed gone out and checked his car for damage and he was able to keep his job.

@hartmanandricho What would you do if you were late for a #Patriots team meating??? #NFL #Trending #TrainingCamp #ForYouPage #ForYou #FYP @richohrnberger @New England Patriots ♬ original sound – HartmanAndRichO