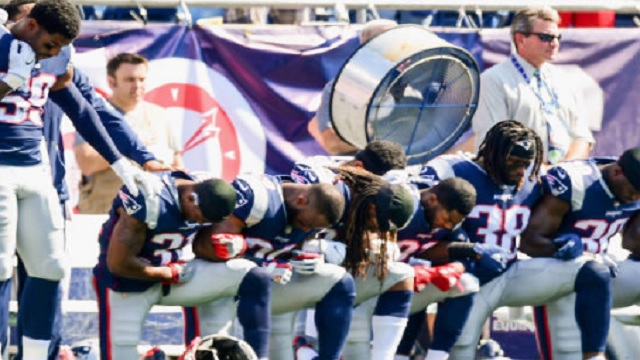 A couple days after Donald Trump called for NFL owners to fire national anthem protests, several NFL players have responded by kneeling before their games on Sunday.

During today’s Patriots-Texans game, more than a dozen Patriots players knelt during the anthem.

This did not go well with the Gillette crowd who booed the players and chanted “Stand up”.

Surreal scene at @GilletteStadium. Some @Patriots appeared to be kneeling, sitting for anthem. Boos and chants of “Stand up!” #Patriots pic.twitter.com/422EKk0eRd

Pretty crazy that a Patriots crowd would boo their own team but here we are.