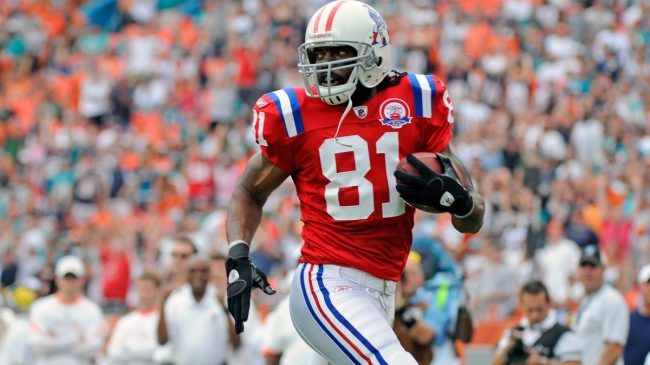 The New England Patriots will sport a new look in the 2022 season. The team announced on Wednesday that they’ll bring back their famed red throwback jerseys for the upcoming campaign.

Those red tops will go with white bottoms and helmets, a combo that hasn’t been seen since 2012. They were forced to go away when the NFL mandated a safety rule that called for all teams to stick with one helmet for the entire season. The red tops didn’t mesh well with the silver helmet, so the combo was nixed.

The Pats, though, reportedly led a charge to get the rule changed. It looks like the hard work paid off.

The reds were worn sporadically between 1994 and 2012, with the Pats posting a 9-3 record while donning them. Now, they’ll make a return to the field following 10 seasons on the shelf.

Not only did the announcement have fans excited, but the video reveal posted on social media built the drama even more.

Patriots drop ‘Back To The Future’ clip in throwback jersey reveal

Wait a minute, Doc. Are you telling me the red uniforms are back? pic.twitter.com/X1pd6kpdpG

A few Patriots were seen rocking the jerseys while huddling around the legendary Delorean from the Back to the Future movie series. The post came accompanied with a caption that read, “Wait a minute, Doc. Are you telling me the red uniforms are back?”

Awesome job by the social media team, and it certainly got fans and media talking.

Patriots confirm that Pat Patriot and the throwback uniforms are coming back this fall. About time https://t.co/dovTZXM66Q

Everything about this is incredible. https://t.co/DvzBNKS1wD

the best patriots uniforms are back https://t.co/lCQ08UIzFJ

Patriots’ fans are definitely excited to see the red jerseys make a return. We’ll see if they continue their winning ways while rocking the throwbacks.