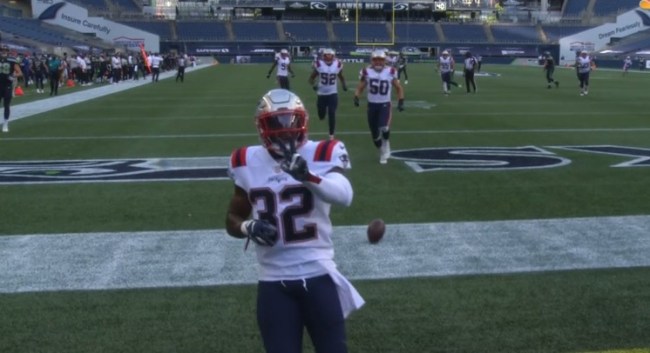 Patriots’ Devin McCourty was able to get the opening touchdown on Sunday Night Football and he dedicated to James White who sat out the game this after learning his father died in a car crash this afternoon.

Sad news to report. Patriots' RB James White's father was in a car crash today and did not survive. His mother was also in the car and is in critical condition.

White's father, Tyrone, was a captain with the Miami-Dade Police Department.

James was told and is inactive tonight.

After scoring the TD, McCourty towards the camera and yelled “2-8 we love you bro” which was a message to White.

Devin McCourty after taking back an INT for a TD says for the mic "28, We love you, bro!"

That is in reference to James White, who is No. 28.

Devin McCourty honored teammate James White, who tragically lost his father in a car accident today. His mother is in critical condition. Sending love to the White family. 🙏 pic.twitter.com/FTTJFk477s