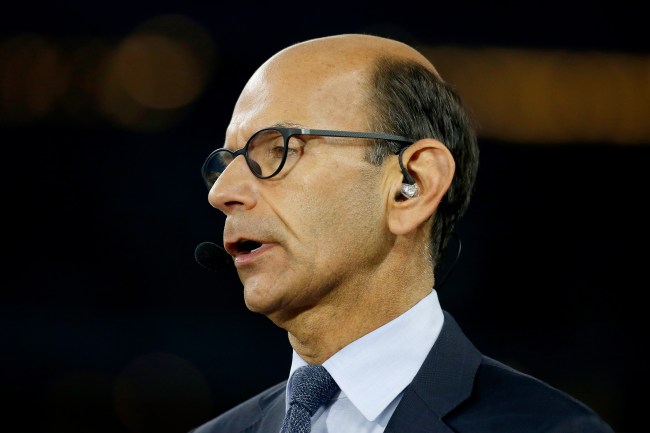 Anytime a college football team puts together an unbeaten season and is crowned national champions the discussions of ‘greatest team ever’ arise. This year’s LSU Tigers team was beyond special and after capping off their unbeaten season and snapping Clemson’s 29-game winning streak to win the national title, that label has been thrown around this Tigers team.

While there’s no doubt that this Joe Burrow led Tigers team is one of the best ever, the argument, of course, is whether or not this LSU team is the best in college football history.

According to ESPN’s Paul Finebaum it’s not up for discussion, according to him, the 2019 LSU Tigers are the greatest team in college football history.

It’s 5:30 am in New Orleans and one thing seems clear: this LSU football team isn’t one of the best in history. It is the best! Case closed.

If we want to talk about the greatest teams of the 21st century, this LSU team joins the likes of last year’s Clemson squad, 2013 Florida State team, the 2009 Alabama team, and the Vince Young led Longhorns of Texas in 2005.

Finebaum lives and breathes SEC football and practically laughs at every other Power Five conference, but even taking out his possible bias here, when you look at the resume this LSU team put together, he very well could be spot on here.

7 were ranked in the top 10 when they played.

Those are just facts when it comes to who LSU beat this season and it’s flat-out crazy when you break it down like Cole Cubelic did so there. Taking down seven Top 10 opponents in a season is practically unheard of, and to do it while running through the SEC West gauntlet is even that much more impressive.

It helps that the Tigers’ quarterback put together one of the most impressive seasons in the history of the game, but last I checked he’s a pretty important piece when it comes to crowning which team truly is the best college football team of all-time. Don’t knock the Tigers because they just so happened to have the best quarterback in the country leading the charge.