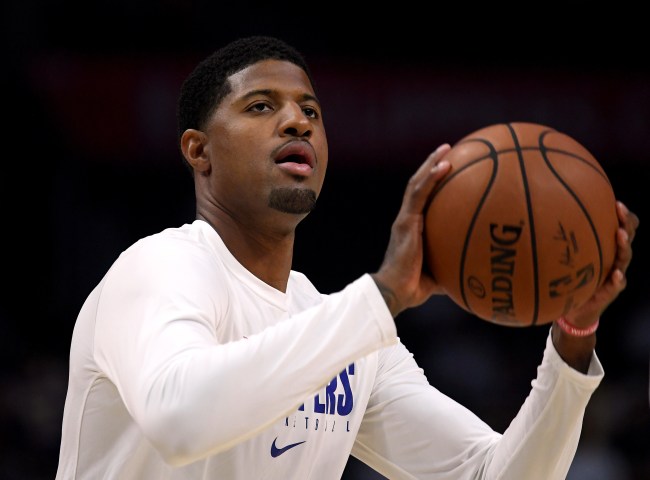 As expected, the Clippers are going to be very good this year. I’d even venture to use the word superb if I was a total toolbag.

In their first game of the 2019-2020 season, the new-look Clippers took down LeBron and the Lakers on their shared home courts, 112-102. Beating a team with the best player of our generation on it is impressive enough, but doing it without a Top 10 player league-wide should signal to the rest of the NBA that the Clippers hype is warranted.

It was reported by Clippers head coach Doc Rivers that Paul George will miss at least the first 10 games of the regular season and is eyeing a November 13th return against Houston after the six-time All Star had surgery on both shoulders this offseason.

It sucks that we’ll have to wait a few weeks to see what Kawhi and PG-13 can produce, but as a small consolation prize, if George was healthy from the jump, we would not have been gifted this visual: 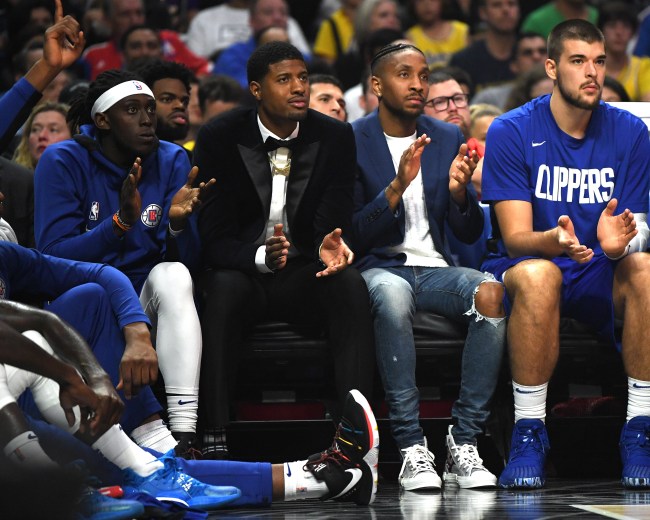 George out here looking like he’s going to drive to Aspen on a moped to deliver Mary Swanson a briefcase full of IOUs.

Despite it being just the first game of the season, NBA Twitter is in midseason form.

Aye why is Paul George dressed like a limo driver?

Paul George gonna either take my order or he's getting ready to take down Spectre #LALVSLAC #NBATipOff pic.twitter.com/z3N0GgMLtV

Paul George looks like he just moved in with his Auntie and Uncle in Bel-Air. pic.twitter.com/8tIqctdduT

On my off days, I typically wear flannel pajama pants and my high school basketball sweatshirt I haven’t washed since Bush was in office. I guess that’s why Paul George is Paul George and I am a piece of garbage.