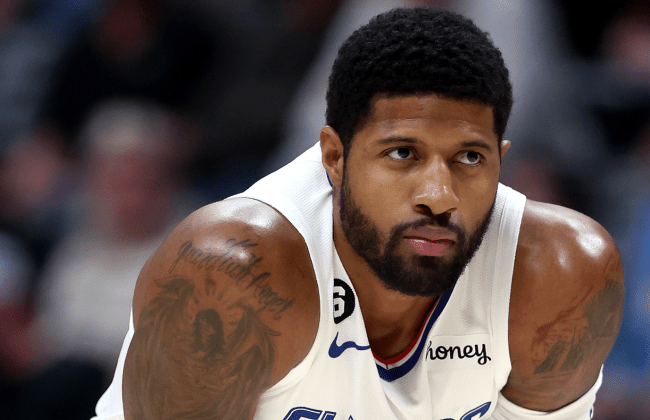 On Friday, Los Angeles Clippers star Paul George was involved in a fender bender with his brand new car.

“This kid hit and run my brand new car today then dipped without giving me his driver’s license,” George wrote on social media along with a photo he took of the driver before he fled the scene.

“If you know him, tag him,” George added, along with a caption that read, “Anybody know who this kid is? DM me.”

This rather unusual post by Paul George was met with a plethora of jokes because, well, internet.

“How you gon get a picture of bro but not his plate?” someone else asked.

Yo @HankDaTank why u hit bro car?

“He was on a date took his parents car & got up outta there lol he already looked spooked in that photo. Got up outta there and made it worse smh youngsters lol,” joked another Twitter user.

“How much is his deductible? Let me guess, one second on the floor when he suits up?” someone else asked.

“Bro got a shawty…. Let it be,” another person joked.

*UPDATE* HE HAS BEEN FOUND pic.twitter.com/JCi8FlzGN8

Actually, they did find him, it turns out.

According to TMZ, Paul George’s wife Daniela eventually wrote on her Instagram story, “GOT HIM!!! TY IG” and deleted the original post. They also added that the location of the crash and whether the police were called to the scene is currently unknown, but they’re working on it.

Now I’m thinking I may need to get me one of these after seeing this kid wearing it during his hit and run of Paul freaking George.

As for George, at least he is lucky enough to have some free time on his hands right now since he is sidelined with a hamstring injury to be able to sort this whole hit and run thing out.