Fans Don’t Believe Paul George When He Says He Wants To Retire A Clipper, Bust Out The Receipts To Prove He’s Lying 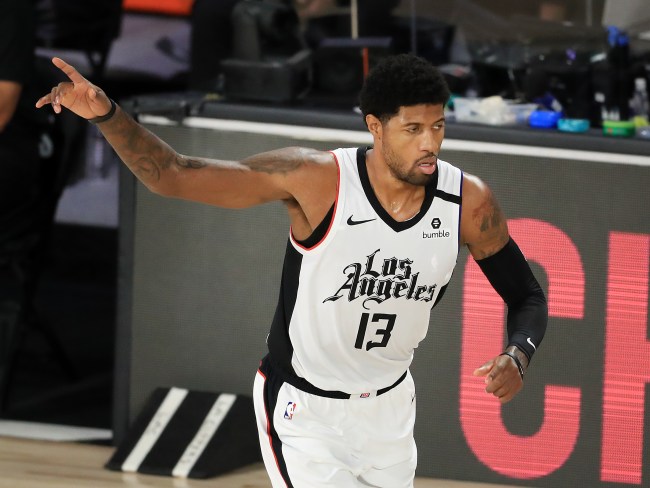 Paul George has changed his mind so many times throughout the years that it’s hard for fans to believe what he says.

During the Clippers first media session of the new season, George told reporters that he has no intention of leaving LA after next season during free agency and wants to retire a Clipper.

Paul George makes it clear, he wants to retire a Clipper and LA is where his heart is.

“I want to retire a Clipper,” George said told reporters Friday, as the team continued its individual workouts. “I’ll say that every year. This is where my heart is. I’m happy regardless of whatever happens, I’m happy to be here

“Usually I’m in a position where I kind of just want to think about all scenarios,” George said. “But, in this situation I’m happy, I’m home. It was one of the teams I grew up loving, wanting to be a part of for a long time. I’m committed. I’m here.”

Fans immediately called BS on George considering he’s made similar comments in the past while on different teams.

“I want to retire a Pacer”

“I want to retire a Thunder”

“I want to retire a Clipper”

Lmao he says that about every team every year. https://t.co/EWwx7ASJRG

So he’s gonna retire a Pacer, Thunder, and Clipper all at the same time now or something? https://t.co/sXRsQk7o6q