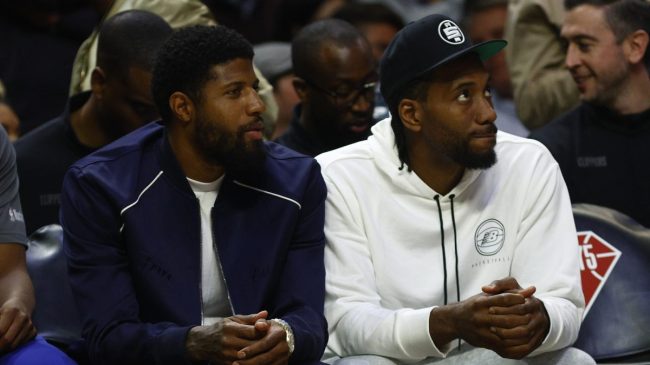 When the Los Angeles Clippers signed Kawhi Leonard and landed Paul Georgia via trade in the summer of 2019, it was supposed to set the team up as a championship contender for years to come.

The years since, however, have been anything but that.

Los Angeles the Clippers have not won more than 50 games in any of the three seasons. They fired head coach Doc Rivers following a second-round playoff exit in 2020. Tyronn Lue then led a Kawhi-less Clippers team to the Western Conference Finals in 2021 where they fell to the Phoenix Suns. But another slew of injury issues kept the Clips from making any noise at all in 2021-22.

Leonard missed the entirety of last season while recovering from a torn ACL and George played just 31 games. The Clippers went 42-40 and missed the postseason entirely.

But 2022-23 is supposed to be different. Leonard is back healthy to start the season as is George. That combination is why the Clippers have the best odds (+500) to win the 2023 NBA Championship according to DraftKings Sportsbook.

In order to reach that potential, they’ll need the best possible version of Leonard. And George knows that means he may need to take a back seat.

Paul George Says He’s ‘Totally Fine’ Being The No. 2 In LA Behind Kawhi Leonard

ESPN’s Ohm Youngmisuk reports that George is putting his ego aside and is happy being the Clippers’ No. 2 offensive option going forward.

“I think it just comes down to — listen, Kawhi is the No. 1. And I am totally fine with that. I think I try to complement him with being able to take the load off of him.”

George’s willingness to play Robin to Leonard’s Batman is music to the ears of Clippers fans. Now if the pair can only stay healthy, LA could well be cooking with gas.