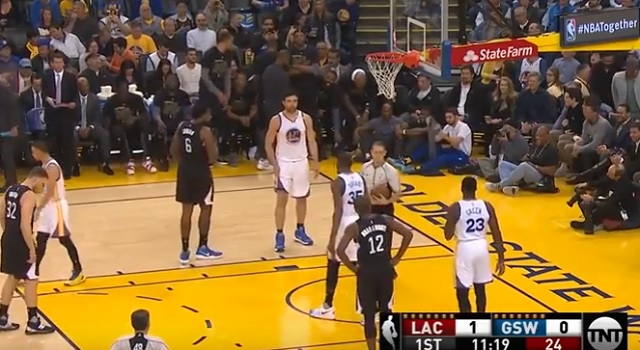 Draymond to Pierce: "Chasing that farewell tour. They don't love you like that…you thought you was Kobe!" 💀 pic.twitter.com/afxKRyIxGv

Even though the Clippers lost a big lead to the Warriors last night, Paul Pierce was compelled to fire back at Draymond with a 3-1 joke after the game on Twitter.

The Internet instantly went in on Pierce after the tweet.

@paulpierce34 Remember that time you beat the Warriors in the playoffs? Me neither.