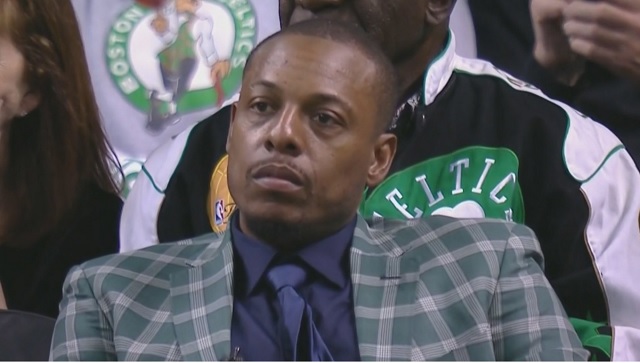 Earlier this year Pierce went on a rant in which he said that he doesn’t believe that LeBron is a top 5 player of all-time.

“Bill Russell built up the organization in Boston. He should get way more credit than we give him, and a lot of times he gets left out of the conversation,” Pierce said. “So in saying that, Kareem, Magic , Jordan, Tim Duncan, Kobe, Bird. These guys are all-time top 10 players who either helped build up their organization or continued the tradition.”

“He went and put together a team in Miami, and in some ways, he came back to Cleveland to put that team togeter, and then he went to the Lakers, where a tradition has already been made,” Pierce said. “And we don’t know, you know, that’s still to be continued. So in saying that, that’s my argument.”

After the Lakers lost to the Blazers in game 1 of their playoff series on Tuesday night, Pierce doubled down on his LeBron take during an appearance on First Take.

According to Pierce, if the Lakers don’t win a championship this year LeBron should never be mentioned in the GOAT conversation ever again.

“If the Lakers don’t win a championship, let alone lose in the first round, I don’t want to hear none of this goat talk” – Paul Pierce pic.twitter.com/4rdL2mvU3y

Paul Pierce when he starts saying anything about Lebron pic.twitter.com/7NKT8Rncx3

Paul Pierce walking onto the set whenever he’s gets the opportunity to talk about LeBron pic.twitter.com/O6Y81JznbR