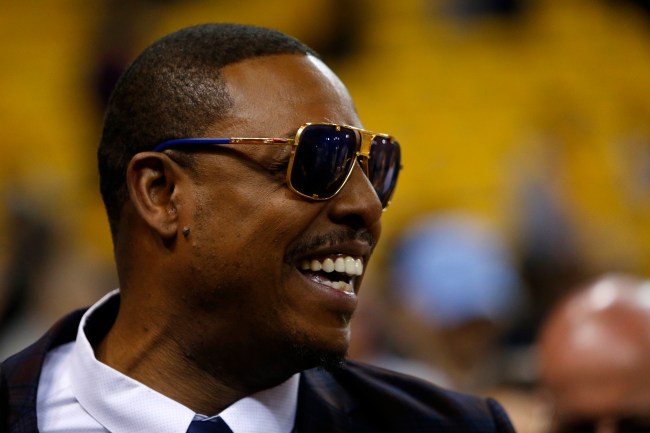 Paul Pierce and LeBron James may have had a rivalry while the two were on the court during their careers, but the Boston Celtics legend and current ESPN analyst thinks that his longtime opponent has created a new strategy for some NBA free agents — and that many could follow suit when deciding on where to play next.

As all of us know, James left the Cleveland Cavaliers for the Los Angeles Lakers last summer after going to four-straight NBA Finals’ with the team — part of a streak in which the four-time league MVP went to eight-straight overall. Many saw this as James making a business decision, including Paul Pierce, with LeBron focusing more on a career in movies and TV rather than in basketball. It’s because of that decision that Pierce thinks a few superstars in the league, namely those who have already won a title, could follow suit, hoping to set themselves up for opportunities off the court to expand their own brand.

In an article from Howard Beck of Bleacher Report, here’s what Paul Pierce had to say about LeBron James’ free agent decision last summer, and how it could impact future stars, per Silver Screen & Roll.

But when James moved a third time, to the Lakers last summer, he chose a franchise with no proven stars, an inexperienced front office and no clear path to contention. Around the league, it was viewed more as a life choice—to be closer to his burgeoning media empire and to live in a city his family enjoyed. If he wanted to keep chasing titles, James could have gone to Philadelphia or Houston.

“Everybody sees where LeBron went to L.A.,” Pierce said. “That was more a business decision than a basketball decision: ‘That’s the place where I want to live, I’m gonna grow my brand and life after basketball.’ Especially for guys who have already been to the promised land.”

This is an interesting take by Paul Pierce, and is probably something he’s definitely right about. For a guy like Kevin Durant or Kyrie Irving — both A-list free agents this summer and former NBA champions — going to a team and city that can give them more influence off the court could be at the top of their mind. It’s why the two have been linked to major spots like the New York Knicks and Brooklyn Nets, even though neither team has won much of anything in a long, long time.

For NBA fans, the mentality probably isn’t great to hear, though. Most of us want to think superstars are going to win titles and not just win the marketing game. Unfortunately, after LeBron James left a team that could compete for championships in a weaker Eastern Conference for the brighter lights of Hollywood, Paul Pierce’s suggestion that he set a new standard for other players is probably accurate.