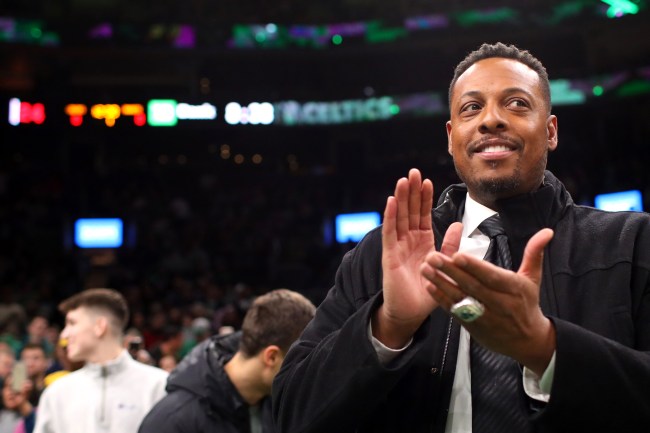 Paul Pierce is out at ESPN over his social media behavior.

Over the weekend, Pierce hosted an IG live stream that featured several strippers twerking in the background.

On Monday, ESPN announced they had parted ways with the NBA legend over the video.

BREAKING: ESPN and NBA Legend Paul Pierce have parted ways, according to sources.

Pierce posted videos of himself with exotic dancers on Instagram Live Friday night. Pierce has played a key role on 'NBA Countdown' + other ESPN basketball programming.

Fans immediately mocked Pierce for getting fired with hilarious memes on Twitter.

Live look at Paul Pierce being escorted out of ESPN HQ pic.twitter.com/3rrlrUObju

this how espn wanted Paul Pierce to be in that live pic.twitter.com/jjYW92k1Ct

Paul Pierce got fired in his day off lol pic.twitter.com/NDLzVZvOnp

Paul Pierce on his next IG Live pic.twitter.com/8y3tLrhrW3