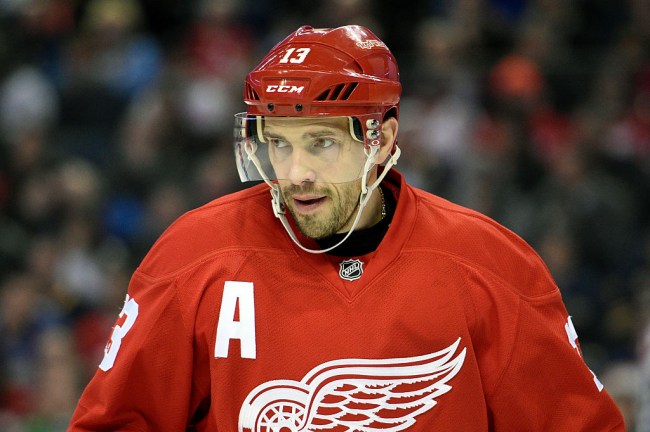 To many hockey fans around the world, Pavel Datsyuk is a household name. Also known as “The Magic Man,” he made a career of embarrassing some of the NHL’s best players with his incredible stickhandling and creative moves.

Datsyuk was drafted by the Red Wings in 1998, and three years later, he made his NHL debut and finished his rookie year as a Stanley Cup champion. By the time he retired from the NHL in 2016, the Magic Man had racked up 918 points, won four Lady Byng trophies for sportsmanship in addition to three Selkes for his defensive prowess, and had his name etched on Lord Stanley’s hardware a second time.

In my opinion, Datsyuk was one of the most purely entertaining players to ever lace up the skates in the NHL, as you were guaranteed highlight after highlight whenever he was on the ice. However, he wasn’t just entertaining—he was damn good; possibly one of the best two-way centers the league has ever seen.

Some of his best plays were also his least flashy but the flashy ones are so much more fun to watch, so before we discuss why we’re discussing Datsyuk in the first place, please enjoy this video of him breaking ankles, taking names, and ruining goalies’ careers.

Datsyuk is now 41 years old and has been playing in Russia’s Kontinental Hockey League since his retirement, where he’s largely flown under the radar. However, he’s recently made a big blip on the screen after the world learned he is currently holed up in a monastery defended by Cossack fighters under the command of a priest who claims COVID-19 is actually a massive conspiracy propagated by governments that are using it as a cover to implant microchips into people.

I know there’s a lot going on there so I did some research and tried to piece together the backstory as thoroughly as I could.

The Moscow Times reports a Russian Orthodox priest named Father Sergei took control of a women’s monastery in central Russia after he was barred from public ministry in April for failing to abide by public health guidelines by promoting his microchip conspiracy. After setting up shop, he then set up a defensive perimeter of Cossacks (an Orthodox subset with a history steeped in warfare) with military training and refuses to let journalists inside.

So how did Datsyuk get caught up in all of this? Well, the monastery in question is located in his hometown of Yekaterinburg and he shed a bit of light on the matter while speaking with a local media outlet, saying, “Father Sergius has been my spiritual father for more than 10 years. He has a burning, loving heart, he sees me through and through.”

Oh, did I mention Father Sergei is a former police officer who spent 19 years in prison for murder? No?  Did I also neglect to highlight he’s known for leading a cult that is supposedly grounded in “secrecy, masonic conspiracy theory, and visions of the apocalypse?” Also no? Well, those are both things that are worth noting.

Sergei is also set to be tried by the church for defying bans on public ministry but it doesn’t seem like he’s planning on cooperating, as he responded to that news by saying, “I’m not going anywhere. They’ll have to chase me out with police and the National Guard.”

I should stress there’s no way to truly know the extent of Datsyuk’s involvement in this whole debacle for the time being. If I had to guess, I’d say he’s probably just been a longtime supporter of Father Sergei but I’d be very surprised if he was all-in when it comes to the more conspiratorial aspects.

Either way, this is probably the weirdest story I’ve read about in a while and I’m definitely going to keep an eye on it to see how it plays out.