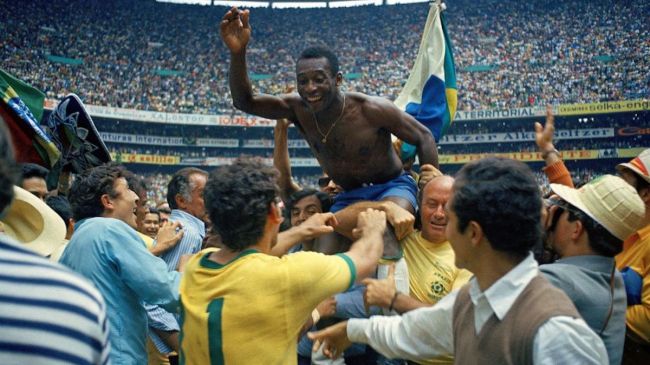 Pelé, the Brazilian football legend that’s widely regarded as the greatest player of all time, has passed away at the age of 82 years old. He passed away at a Sao Paulo hospital on Thursday following a battle with cancer.

Following the news of his passing, the sports world took to social media to mourn his loss, as the 82-year-old was one of the most recognizable athletes in the history of sports.

Brazilian legend Pelé has passed away at 82, one of the greatest of all time who changed the game.

A man with a god-given talent, one of the names who will remain forever in the memory.

All thoughts with the family.

Brazil legend Pelé has died at the age of 82.

The original GOAT. A trailblazer. One of the finest players to ever lace up.

He will be missed by millions. pic.twitter.com/sZiiLLmCYF

Pelé is the only player in football history to win the World Cup three times.

A true legend of the game. 🕊️ pic.twitter.com/DpmbJLh5pX

Brazilian football legend Pelé has sadly passed away. His manager has confirmed the 82-year-old died in hospital within the last hour. 💔 pic.twitter.com/waOYv8Pp9v

Pelé, legend of the game and 3x FIFA World Cup Champion, has passed away at the age of 82 pic.twitter.com/l4PHOUg2em

Other than his ailing health, Pele had been in the news in recent weeks given Lionel Messi’s World Cup victory with Argentina, as the two are thought of as being the greatest players in the history of the sport. Playing as a forward, Pele scored almost a goal per game throughout the course of his professional career.

Our thoughts are with Pele’s friends, family, fans, and various loved ones during this difficult time.