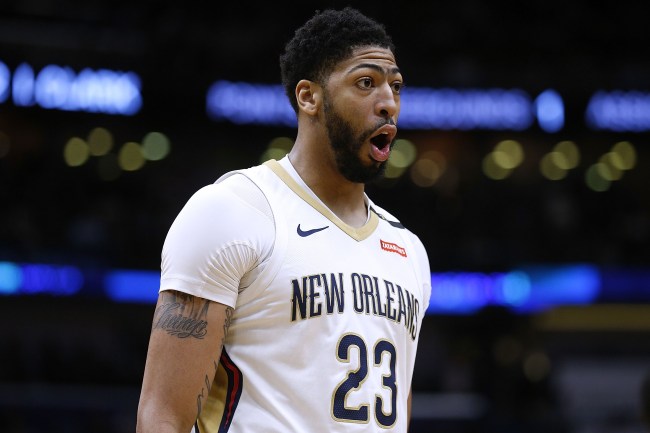 For the past two weeks the Lakers have been desperately trying to acquire Anthony Davis via a trade but the Pelicans don’t seem interested in doing a deal with L.A..

Yes. So far, the Lakers have felt conversations with New Orleans have been one-sided and they are growing increasingly pessimistic about the Pelicans willingness to do a deal with them. https://t.co/vbMEcLTHwY

There’s a feeling around media circles that the Pelicans are angry at the way Anthony Davis, agent Rich Paul and LeBron James have handled the entire situation.

The trade rumors are apparently affecting the Lakers young core because they lost to the Oladipo-less Pacers 42 points last night.

The Lakers's 42 POINT LOSS to the Pacers was the biggest of LeBron’s career! 😬 pic.twitter.com/JoN6bRsxgb

While on ESPN’s “The Jump” this afternoon Brian Windhorst confirms that the Pelicans are leaking rumors to mess with the Lakers team chemistry and have no intention of trading A.D. to Los Angeles.

It’s not just possible, it’s what happened. I know that the Pelicans, you know—the Pelicans had a method to their madness, in the way this went. Did they know it was gonna lead to a 40-point loss, because everybody’s upset? Not necessarily.” There’s an information war going on right now

That is some Game of Thrones shit by the Pelicans.