The New Orleans Pelicans Imply That LeBron James And The Lakers Tampered With Anthony Davis, Want The NBA To Investigate 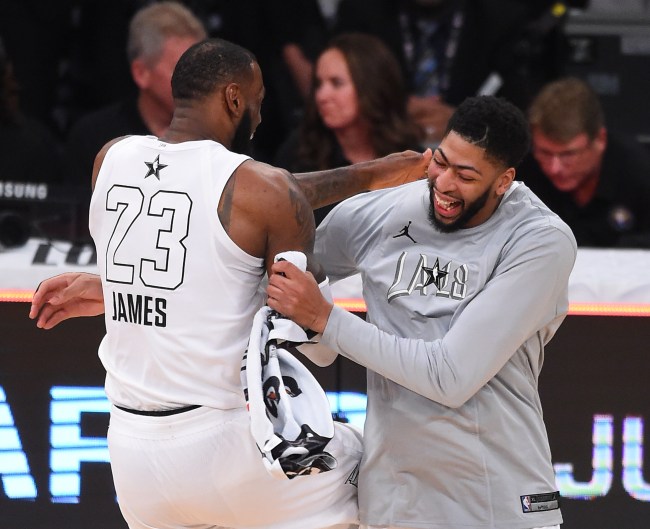 The New Orleans Pelicans are not happy with the NBA, LeBron James or the Lakers after Anthony Davis’ agent Rich Paul announced that the Pels big man was requesting a trade this morning.

After Paul’s statement to ESPN, the New Orleans Pelicans immediately called foul and and are asking the league to investigate if LeBron or the Lakers tampered with Anthony Davis.

New Orleans statement to ESPN on Anthony Davis: "This past weekend, Anthony Davis' representatives informed us that Anthony does not wish to sign a contract extension with our team and subsequently has requested a trade. Although we are disappointed in this decision…"

…"our organization's top priority is to bring an NBA championship to our city and fans build our team for long-term success. Relative to specific talks of a trade, we will do this on our timeline. One that make sense for our team and it will not be dictated by those outside…" https://t.co/InAp332vtV

Just last month several NBA GMs around the league were angry with the NBA for not fining LeBron James for tampering after he made comments about wanting Davis to join the Lakers while speaking to the media.

The @PelicansNBA response to LeBron's comment "It would be amazing" to play w/ AD if Lakers trade for him: GM Dell Demps tells me "Pels are leaving it up to League to determine if that qualifies as tampering. Pels have no intention of trading AD. Focused on winning in West now."

Here are the tampering rules for players according to the NBA bylaws.

Any Player who, directly or indirectly, entices, induces, persuades or attempts to entice, induce or persuade any Player, Coach, Trainer, General Manager, or any other person who is under contract to any other Member of the Association to enter into negotiations for or relating to his services shall, on being charged with such tampering, should be given an opportunity to answer to such charges after due notice and the Commissioner shall have the power to decide whether or not the charges have been sustained …”

The NBA has stated that they are currently investigating the entire situation to see if there was tampering.

NBA spokesman: “We commenced an investigation this morning upon reading the reports regarding Anthony Davis. That process is ongoing.” One reason: an on-the-record request for a trade by an agent or a player. Davis could be fined.