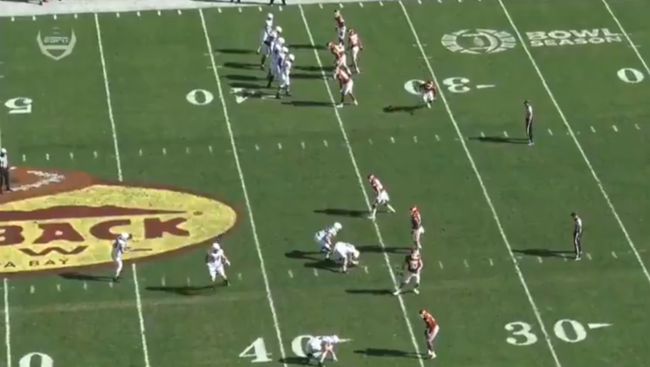 It’s a new year, and James Franklin decided to dust off his playbook to run one of the most bizarre fake punts in football history.

With 47 seconds left to go in the half during Saturday’s Outback Bowl, Penn State decided to run a fake punt on 4th and 13 near midfield and lined up five wide receivers next to each other on the left side of the field. The pass on the fake punt was nearly intercepted in the end zone, and the Nittany Lions turned the ball over on downs.

Penn State goes for a weird fake punt thing that had no chance of working and Stout throws an arm punt into the end zone that is caught by an Arkansas player until he remembered that’d be bad so he dropped it.

Arkansas responded by throwing an interception off a terrible trick play just a few seconds later.