Mets’ Pete Alonso Shuts Down Twitter Troll Who Tells Him To Lose Weight, Troll Doubles Down 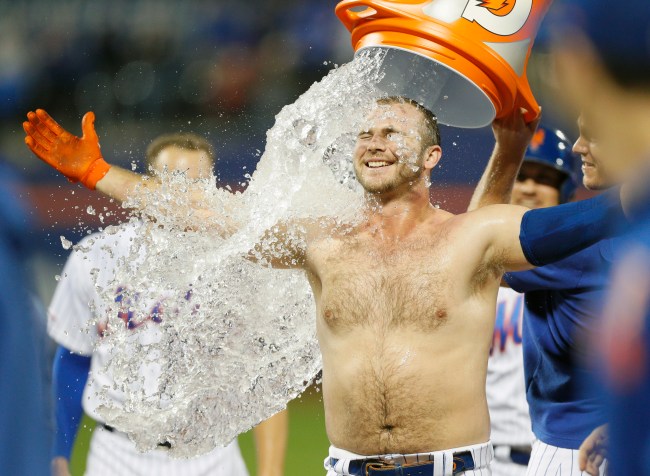 I honestly don’t know how famous people can function without a burner account. Christina Hendrickson said I looked “slow” in eighth grade and I still fantasize about revenge 15 years later.

Imagine a famous you publicly congratulating a co-worker for a momentous achievement, like Mets’ Pete Alonso gave props to teammate Jacob deGrom for securing the NL Cy Young award.

Congrats to the best pitcher in the game!!!!! It’s unreal playing behind Jake. That killer mentality he takes on the mound every start is infectious and he is so deserving of this prestigious award. #deCy pic.twitter.com/eJWHbptUmo

Now, out of the blue, a fuckface fuck drops this on your plate.

“Lose weight fatass” to a guy who was crowned NL Rookie of the Year on Monday and holds the record for most home-runs as a rookie. Bold.

Alonso made sure to put the troll back on the shelf.

How does it feel watching this “fat ass” hit 53 hrs and 120 rbi from your couch?

as good as it felt watching u play in october

I have been spending way too much time on the trolls replies to people telling him to launch himself into a buzzsaw for his comment about Alonso’s weight.

Gotta be honest, it’s more entertaining than I expected.

you collect mario cart cards. maybe u should be the one quitting…

Someone either give this kid a microphone, a hug, or a straight jacket. Can’t decide which one would be most beneficial for society.