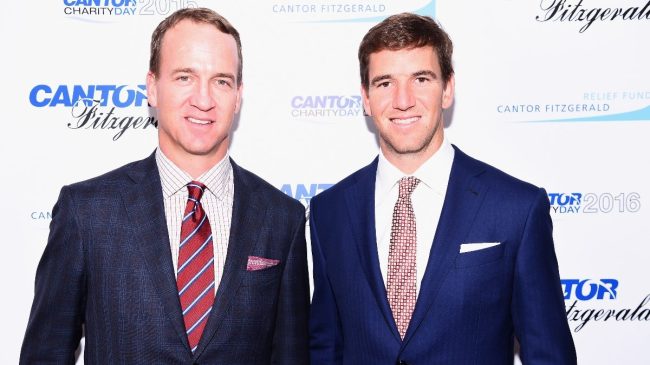 The San Francisco 49ers routed the Los Angeles Rams on Monday Night Football. It was a solid performance, as the defense carried the team to victory. However, there was one specific play where Aaron Donald had a free look at Jimmy Garoppolo. As expected, Peyton and Eli Manning provided a hilarious breakdown of the play.

In the first quarter of the game, there was a moment where absolutely nobody blocked Aaron Donald. It’s a bold strategy, as the Rams star is arguably the best defensive player in the league. Sure enough, Peyton and Eli Manning chimed in on the play during the Manningcast.

Peyton Manning might be onto something though. Donald has proven to be nearly impossible to stop physically. So maybe the 49ers tried messing with his mentals to gain an advantage. That’s clearly a joke, as San Francisco made an obvious mistake in the blocking assignments.

At the end of the day though, the 49ers had the last laugh. The defense completely shut down the Rams while Deebo Samuel led his team to a big win. Regardless, this blunder of a call had the Manning brothers in disbelief.

Look for San Francisco to keep the momentum rolling as they take on the Carolina Panthers in Week 5. The NFC West is a close race right now and another victory will keep the 49ers in the running.