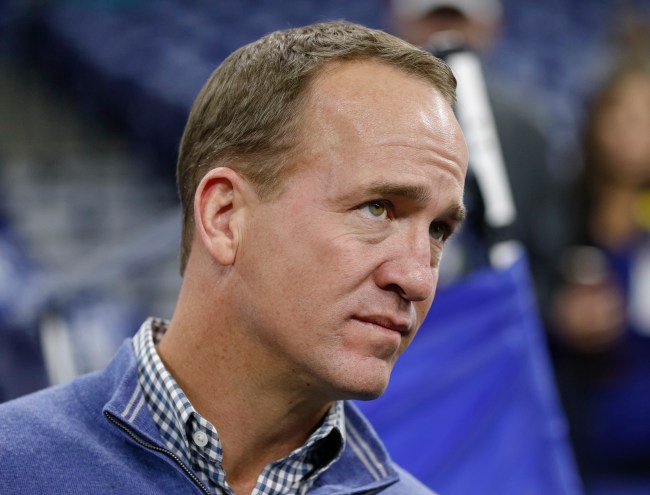 Anyone who’s seen Netflix’s American Murder: The Family Next Door knows that you can never trust a guy who decides to get ripped in his 40s.

Muscles are a young man’s game, merely a peacocking mechanism to attract a mate, and anyone outside of 35 who abstains from life’s guilty pleasures in favor of unseasoned skinless chicken breast and pre-dawn workouts should be required to wear an ankle monitor, or at the very least, be put on a federal watch list.

For perspective, here is Peyton in 2013, still very much on an NFL quarterback enjoying a cold beer and letting his body go like a normal dude in his 30s who has given up on all his dreams.

And here's of picture of a shirtless Peyton Manning enjoying a nice cold beverage in Hawaii. pic.twitter.com/qsyztexm

Why now, Peyton? To look slightly more svelte in Nationwide commercials? Did you fall in love with the taste of quinoa? After two decades of marriage, does you finally want to gift your wife a 2.0 version?

…or does something more insidious lurk below that succulent boyish torso?

While you’re doing P90X on the beaches of Hawaii, Eli and I are going to build a sandcastle, rip lung darts, and drink our body weights in piña coladas.