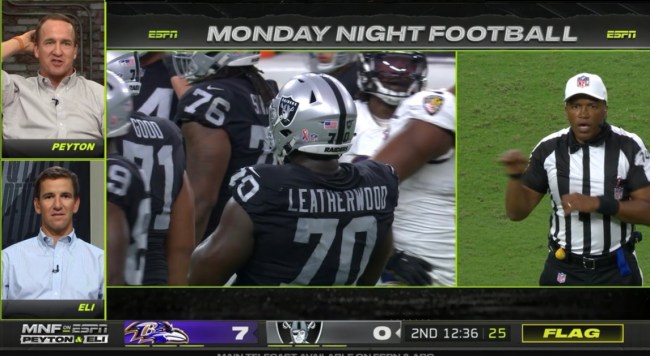 Peyton Manning and Tom Brady have a difference of opinion over the NFL’s new jersey number rule.

Brady would later go on social media to complain that the new rule allowing defenders to wear numbers that players at their positions were never allowed to have wear would result in “a lot of bad football.”

On Monday night, Manning directly addressed Brady’s complaint during the MNF broadcast by saying the Bucs QB should just study players’ numbers a bit more and let the players have fun.

“[Brady’s] worrying about guys getting confused about who to block. My advice would be just to study that week that number six is the middle linebacker, Tom. And something tells me you’ll know how to do that and figure it out.”

I think it’s great letting these guys wear different numbers, let them have fun, let them wear single digits. let them wear their college number, their high school number, if they’re having fun the game is going to be fun to watch