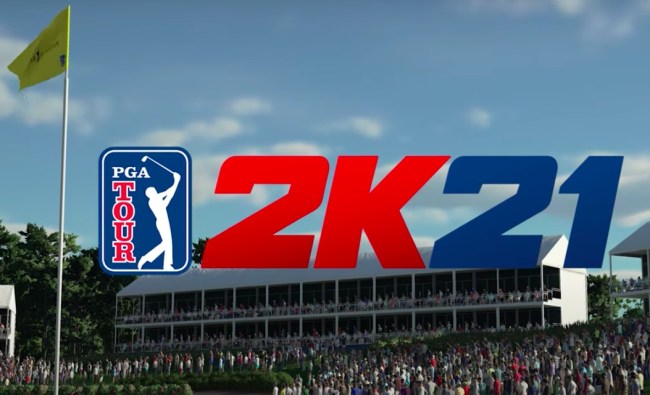 One of the biggest appeals of sports video games is that they give people who will never have a chance to be featured in one to get a small taste of what it’s like to be a professional athlete and provide us all with an opportunity to actually excel at an activity we probably haven’t taken part in since our high school days.

Golf is obviously one of the major exceptions in regard to that last aspect, and even though there are plenty of people out there who love nothing more than walking the links regardless of what their score is at the end of the day, I personally lack the temperament required to enjoy myself when my typical round involves me heading back to the clubhouse with two fewer balls than I had when I left the first tee box.

As a result, I’ve always been a huge fan of golf games stretching all the way back to the days when the Tiger Woods PGA Tour titles still had a three-click swing mechanic, as they gave me the chance to actually have most of my shots end up in the vicinity of the area I was aiming for and try my luck at courses like St. Andrews, Bethpage Black, and Augusta National that I’ll never get to play in real life due to the combination of a lack of the skills and connections required to do so.

Those games might not have been a perfect simulation of the real thing (to my knowledge, there is still currently no way to alter the spin of your ball once it’s in the air ) but they were still pretty enjoyable—which cannot be said for the absolute trainwreck that was 2015’s Rory McIlory PGA Tour, a project that was so poorly-received that EA Sports decided to abandon the space entirely.

Since then, any fan hoping to get their fix has had to turn to some other alternatives, whether it’s pulling out an old Wii, playing console games that were made when EDM was still all the rage, or, in my case, buying Grand Theft Auto V and replaying the same nine holes for eternity.

Other companies have done what they can to try to fill the void—most notably HB Studios, which makes The Golf Club, a game that is currently considered the genre’s gold standard. It features a number of officially-licensed courses in addition to a solid interface that allows you to create (or recreate) others you can play on, and while it’s sanctioned by the PGA, the only golfers you can play with are the ones you make yourself.

Thankfully, that’s all about to change, as we’ve been treated to a teaser trailer for PGA Tour 2K21, which promises to provide us with what we’ve all been craving for far too long.

Details concerning the release date and the features it will boast are currently pretty scarce but some more information is slated to roll out next Thursday and we at BroBible may or may not be providing you with some intel you won’t be able to find anywhere else when that day comes.

All I can say is it’s about time.