PGA Tour Reportedly Has A $40 Million Bonus Pool For Players Based On Their Google Popularity, Social Media Engagement 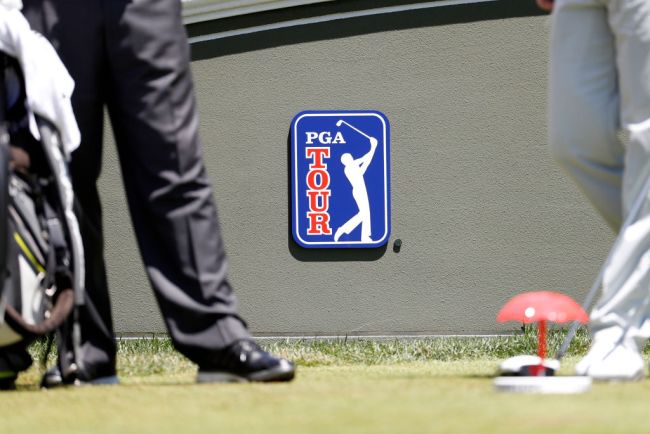 It appears that the PGA Tour has come up with a response to the proposed Premier Golf League that has been nothing less than a public thorn in its side for quite some time now. As noise about the PGL continues to be out there, somewhere, the PGA Tour has created a $40 million bonus pool that will reward golf’s biggest stars regardless of how they perform on the golf course.

According to Eamon Lynch of Golfweek, players will be compensated based on their popularity and how they drive fan and sponsor engagement. Therefore, players like Tiger Woods, Bryson DeChambeau, Rory McIlroy, Jordan Spieth, and Rickie Fowler are stood to benefit the most.

The report stated that a PGA Tour spokesperson confirmed that the bonus structure, called the Player Impact Program, began on January 1. At the end of the year, the $40 million pool will be distributed among 10 players with $8 million going to the player deemed the most valuable.

As for the metrics that will determine which players are ‘most valuable,’ they’re, for the most part, based on popularity and their ‘Impact Score’ will determine the rankings. This impact score is generated from six different metrics:

The FedEx Cup ranking is the only factor based on performance on the course, but given the other metrics involved, player’s online and broadcast popularity will likely far outweigh their ranking on the points list.

It’s obvious that the players already making the most money from sponsors already will benefit the most from this new program. Players absolutely have to perform well, and consistently, to keep their sponsors, but this is very clearly a ‘the rich getting richer’ situation.

It’s also worth noting that the TV networks control the broadcasts each week, and the PGA Tour itself controls who is featured on PGA Tour live coverage. Whether it be directly or indirectly, those entities will inevitably play a role in all of this.

From a social media standpoint, the top players in the game already make up the list of most followed players. The one bright side of this is that it could push players to be more active on social media, which does nothing but help build their brand and grow the game.

If we’re being completely honest about this entire thing, the $8 million will be reserved for Tiger Woods until he decides to retire if/when he returns, and the other most-liked and followed players will be battling for the remaining nine spots to get a piece of the money pie. We should just go ahead and call this the ‘Anti-Premier Golf League Fund’ or the ‘Most Of This Money Is Tiger’s Fund.’

Take last week for example, 47-year-old Stewart Cink won the RBC Heritage for his second win of the season. Cink and DeChambeau are the only two players to earn multiple wins at this point of the season, but Cink could go out and win three more times this year, but he’s not going to be as popular as DeChambeau. Yes, Cink’s bank account would benefit from those three extra wins, but he wouldn’t be near the Top 10 on this list despite being one of the best players on Tour for the year.

You can have your distaste toward the FedEx Cup, but at least the player that takes home that $15 million at the end of the season is based on how they actually perform inside the ropes. This Player Impact Program is, for the most part, centered around everything outside the ropes.

PGA Tour tournament purses continue to grow, but one of the best parts about the Tour is that regardless of your social media following, your world ranking, or the number of zeros already in your bank account, those things don’t change the fact that the winner each week takes home the same prize money.

No, that doesn’t appear to be changing with this new bonus program, but it certainly throws a giant green blanket over that fundamental point of professional golf.