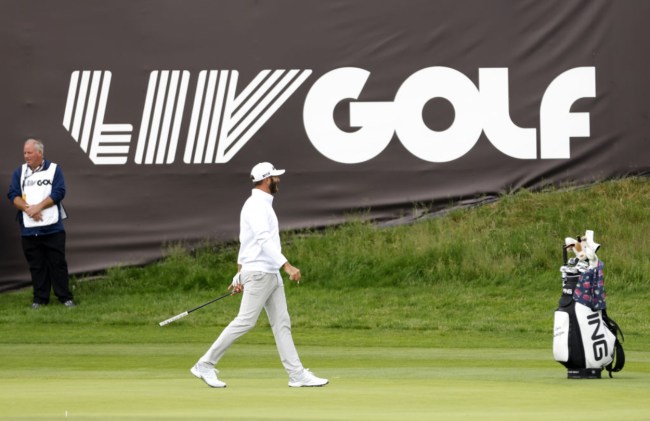 The PGA Tour took its time to announce disciplinary action for Tour players playing in LIV Golf’s first event, and any future events, but threw down quite the hammer on Thursday.

The Tour sent a memo to all members of the PGA Tour sending a message that those who play in a LIV Golf event aren’t welcome.

It’s also worth noting thatLIV golfers won’t be allowed to play in PGA Tour events as a non-member, either, so there will be no sponsor exemption starts for LIV players.

LIV Golf immediately responded to the Tour’s memo, stating that “the PGA Tour is vindictive and it deepens the divide between the Tour and its members.”

Monahan's response was not as aggressive as expected. Focus on how much money the other guys have and how much harder it is to win your own events is foisting trust on your players to eschew wealth for morality or legacy. That might go poorly. Now the burden is on the majors.

-Players are suspended… but we have no idea how long. And they don't answer the question on whether or not the players can come back

I'd imagine the legal folks are heavily involved in the wording and advised against anything definitive on this front, but that's *the* question

Also, I *think* this is the first time in PGA Tour history that they have publicly announced a punishment. It really is a new era in golf! https://t.co/vjogV6Y64H

If you quit your job, join another company, and then your former employer suspends you, did anything really happen?

PGA TOUR: Fans and partners are "surely tired of all his talk of money, money and more money."

LIV Golf: Did someone say money? We have more of it. Who wants in? pic.twitter.com/KZ1j6ynIu1

share this view. Unimpressed by the PGA Tour's response which seems lacking in substance and, based on what two of its biggest stars said yesterday, might not carry the support of key players. That's worrying. My overriding view here is that a few individuals win; golf loses. https://t.co/MIUQnKsoDW