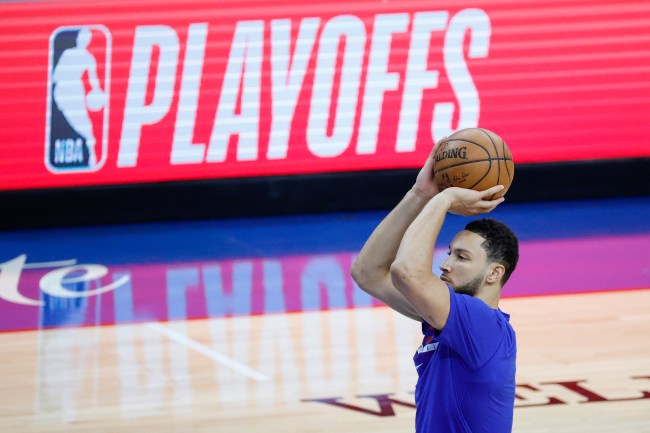 The Ben Simmons saga may soon come to an end in Philadelphia. According to Adrian Wojnarowski, the Philadelphia 76ers are gaining momentum in their efforts to trade the man that fans have begun lovingly calling “Mr Softee”.

Getting this over with as soon as possible would have to be seen as a big win for the 6ers. They’ve yet to get Simmons on the court for a game this season and haven’t seen him at practice since the practice jersey incident.

It has also become abundantly clear that the current configuration of the squad isn’t going to contend for a title and is only going to waste the prime of Joel Embiid’s career.

Still, they might be able to convince another team that they can win with Simmons.

Their demands also seem a little bit far fetched here. I get it. They don’t want to feel like they’re being robbed in a trade for a former #1 overall pick. Still, they don’t have much working in their favor in negotiations.

Teams know the 6ers don’t want Ben Simmons anymore. Teams know that Ben Simmons doesn’t want to be in Philly anymore. Ben Simmons is now 25 years old and still doesn’t need to be guarded beyond the free throw line. Even Kendall Jenner knew she needed a guard that could knock down an open jumper.

Maybe the 6ers will actually get the top 25 player they want. Maybe they’ll settle for a couple of players that can reliably contribute to their squad. I don’t really know what is actually going to come of it, but the Philadelphia 76ers have to be thrilled with the possibility this will be over soon.