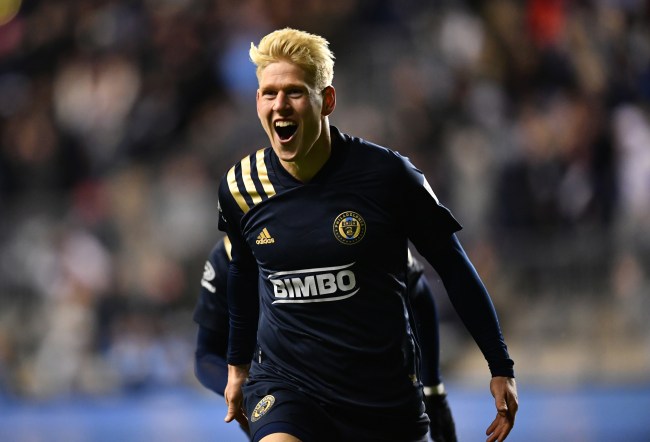 A first-round MLS Cup Playoff match between Philadelphia Union and the New York Red Bulls looked certain to be settled on penalties. Neither team had managed to score during regulation or in the first 30 minutes of extra time. However, Jakob Glesnes had different plans.

More than 2 minutes into the 3 minutes of stoppage time that had been added on, a cross was cleared out of the box by a Red Bull header, but it fell right to Glesnes. He took a touch to settle the ball and then volleyed it goalward from well outside the box. As if the goal itself wasn’t crazy enough, Glesnes is actually a defender for Philly.

The absolutely stunning goal sends Philadelphia Union through to the conference semifinals where they will take on the winner of Tuesday’s match between Nashville SC and Orlando City. Between the level of difficulty and the stakes of the goal, it has all of the makings of a goal of the year candidate in the MLS.

For the Red Bulls, it’s a heartbreaking end to their season after playing a pretty even match the whole way through.

On the other side, Philadelphia Union fans were absolutely ecstatic after their side got the winner out of nowhere.

Even Kevin Durant chimed in on the big moment.

One thing is for sure. They’re going to be partying in Philly after securing such a memorable winner.