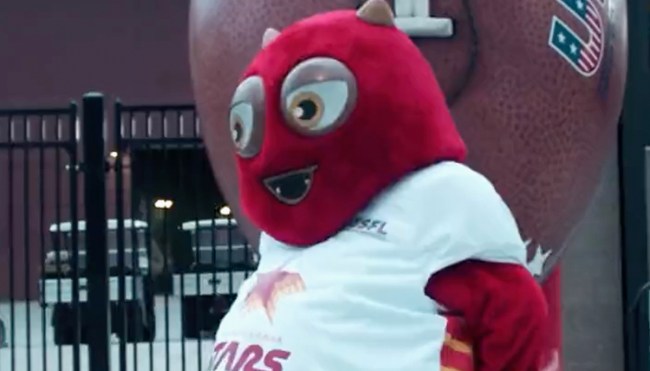 In 2018, the Philadelphia Flyers introduced the world to Gritty, the terrifying creature that was initially greeted with plenty of skepticism after the franchise announced it had decided to tap an orange hellspawn with googly eyes capable of staring directly into your soul as its official mascot.

However, it didn’t take long for Gritty to defy the odds by leaping out of the fiery abyss from whence it came and into the hearts of people in Philly and beyond thanks to its tendency to engage in cheeky shenanigans and impressively ability to produce some killer memes.

Now, the place Gritty calls home has officially thrown its hat in the ring for the title of “World’s Best Mascot City” courtesy of the Philadelphia Stars, the USFL team that’s slated to play its first game on Sunday.

Earlier this week, the rebooted league revealed the lineup of mascots that will patrol the sidelines for the eight teams that will kick off their inaugural campaign this weekend.

We have our mascots! Let us know which one is your favorite 👀⬇️ pic.twitter.com/qq3ltpV87s

Following the reveal, each organization gave the internet the chance to pick the name of each mascot courtesy of the Twitter polls that featured a few possible options. This led to some perfectly acceptable monikers being handed out, with the Houston Gamblers adopting “Ace” and the New Orleans Breakers embracing “Dave the Wave.”

Officially the best mascot in the entire League. pic.twitter.com/dnFRCLPyJ9

And then there were the Stars.

Two of the options in the poll Philadelphia posted made a fair amount of sense, as both “Astro” and “Comet” seem pretty on-brand. However, the same really can’t be said for “Blob”—which became the overwhelming winner after garnering almost 66% of the 12,638 votes cast.