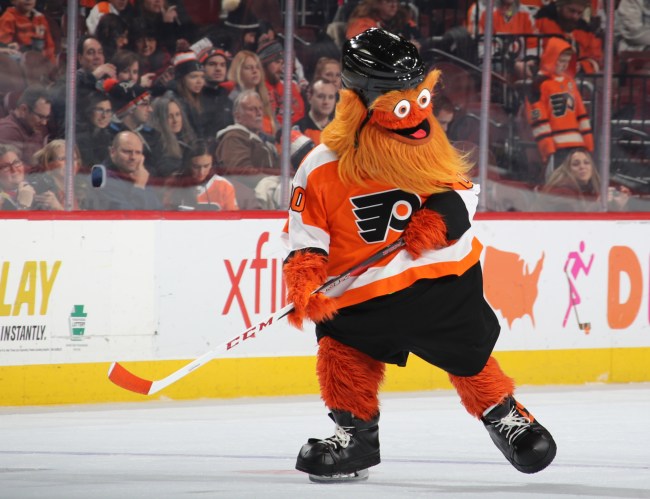 Gritty, Flyers mascot and international superstar, could get any woman on the planet. From Adriana Lima to Lena Dunham, I don’t think there’s a woman on the planet who could resist the natural charisma of the seven-foot-tall, plump ginger. Hell, if he bought me a few drinks and touched my leg I may have to tell my girlfriend not to wait up.

The paradox of choice can be a disillusioning dilemma, and the woman who Gritty has directed his swooning efforts has stirred up those with invested interest in the wacky buffoon.

Kardashian recently announced that she’s studying to become a lawyer like her father, who gained notoriety serving on O.J. Simpson’s defense team. Despite never going to law school or getting a law degree, Kardashian is planning to take the bar exam in 2022, as California does not require a law degree as a prerequisite for taking the exam.

Hey, good on her.

Gritty evidently loves a woman who strives passionately in the direction of her dreams despite the public’s collective eye roll. And he also likes curves and a billion dollars.

The Flyers mascot decided to get flirty with Kanye’s wife after she announced that she aced her law test.

Fans who’ve witnessed Kardashians chew men up and spit them back out as a shell of their former selves warned the lovable bastard to direct his attention elsewhere.

Easy Gritty. It was a hepatitis test.

You can do better gritty

Follow your heart, Gritty. Only you know what’s in it.