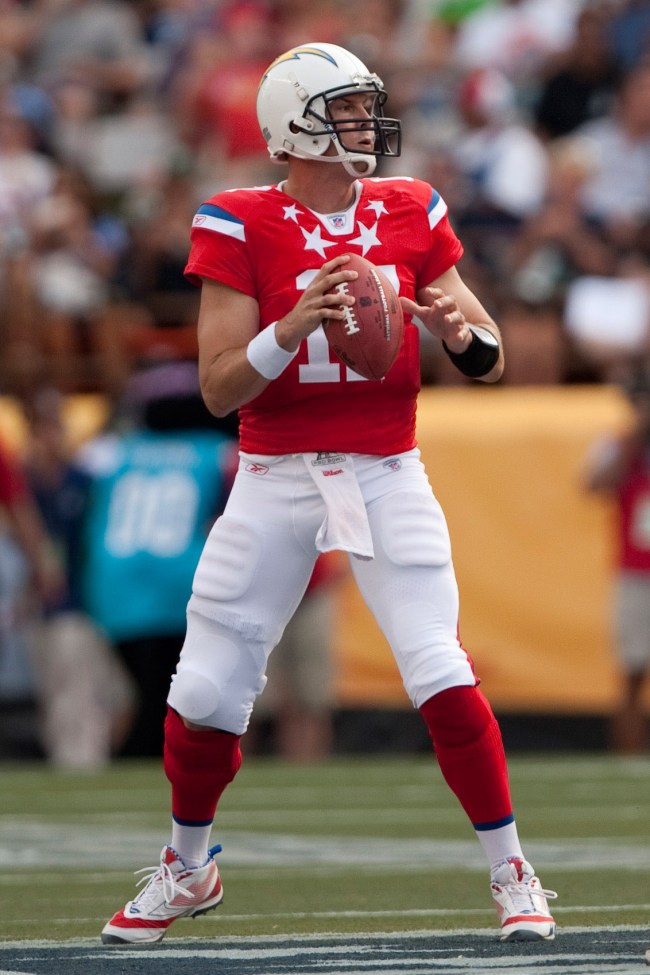 Philip Rivers and Bill Belichick seem like they would make for a good combination. They’re both a bit odd, and they’re both competitive AF.

However, at least based on a story Rivers just shared, it sounds like (shocker) The Hoodie is the more competitive of the two.

In 2011 Belichick was the AFC’s head coach for the Pro Bowl. The quarterbacks on the squad were Peyton Manning, Matt Cassel, and Rivers. And they were not playing well. In fact, it was so bad for the AFC they were actually down one 42-7 at halftime. That’s where Rivers picks up his story, as reported by PatriotsWire.com.

“We were getting killed and it was … me, Peyton (Manning) and (Matt) Cassel. We were getting blown out at halftime, and he kind of called us all up and said, ‘Hey, we can tackle. I know it’s the Pro Bowl and all that, but can we tackle somebody today? Let’s go out and see if we can make this a little bit respectable in the second half.’

“And then he looked at us quarterbacks. We had all thrown an interception — thank goodness I wasn’t the only one — and he said, ‘And it’d help if you guys would stop throwing it to the other team.’ I got a kick out of that because I was standing by Peyton Manning and Cassel, and Peyton’s, if not my all-time favorite, one of. I was glad I was the only one that had thrown it to the other team. But I thought that was a pretty good moment. I got fussed out at halftime of the Pro Bowl.”

The game ended up setting a Pro Bowl record with the final score being 55-41, as the AFC, obviously inspired by Belichick’s charm, scored 35 points in the second half to at least make it respectable.

“It was a great week, just being around him,” Rivers said. “It’s all scaled back at the Pro Bowl, but just obviously with his offensive staff and all his coaches just talking football. Just being around a staff and a coach that’s had the success he’s had, it was great.”

For the record, Rivers ended up throwing for a team-leading 192 yards, two touchdowns and two picks. Cassel also threw two TDs and two interceptions, while Manning only passed for 12 yards with a pick.

This weekend when the Chargers come to New England, unlike during the 2011 Pro Bowl, Belichick probably wouldn’t mind if Rivers threw the ball to the other team a few times.