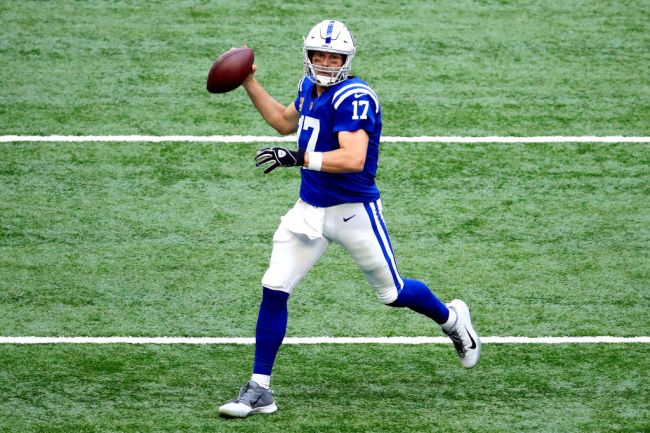 After 244 games and 17 seasons in the NFL, Philip Rivers is officially retiring, according to the San Diego Tribune. Now all of his attention turns to his family of nine kids and coaching high school football at St. Michael Catholic High School in Fairhope, Ala.

The 39-year-old was hired as the head football coach at St. Michael in May of 2020 as the school essentially held the position open for Rivers for when he retired. He certainly seems ready for that next chapter of his life.

“What has helped me come to this (decision) is the growing desire to coach high school football,” he told the Tribune. “That’s what I’ve always wanted to do. It’s been growing. I can’t wait.”

Rivers started 240 consecutive games between his 16 seasons with the Chargers and final season with the Colts which is the second-longest streak in league history behind Brett Favre and his 297 consecutive games played. He finishes his career ranked fifth all-time with 63,440 passing yards and 421 touchdown passes.

In his lone season in Indianapolis, Rivers led the Colts to an 11-5 record and a playoff berth before falling to the Bills 27-24 in the AFC Wild Card game.

Rivers led his teams to the playoff seven times as a starting quarterback but was never able to reach a Super Bowl. River admitted prior to the Colts punching their ticket to the playoffs that the thought of retiring had started to pop into his mind.

“This is the first year I felt like the ending was real,” he told the Tribune. “We talked about it other years, but we knew we weren’t doing it. This year felt different. … It just seemed right.”

If you want to feel old, it’s now been 17 years since the Giants and Chargers made their highly criticized swap that sent Rivers to San Diego and Eli Manning to New York at the NFL Draft, and now, they’re both retired.