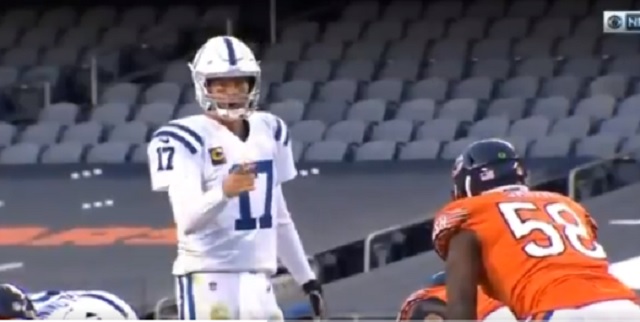 Philip Rivers is still one of the best trash talkers in football.

During Sunday’s Bears-Colts game, Rivers singled out Smith during a play to talk trash to him.

Philip Rivers mixing in a little polite trash-talk to Roquan Smith before calling a timeout. pic.twitter.com/VvCB2cEltv

#Colts Philip Rivers at the end of the play was trash talking #Bears LB Roquan Smith.

Philip Rivers looks right at Roquan Smith at the line of scrimmage and says, “Hey, 28 (Jonathan Taylor) turned the corner on you.”

“He turned the corner on you."

Rivers continued to talk smack to Smith while on the sidelines by yelling “fatty” at the Bears linebacker.