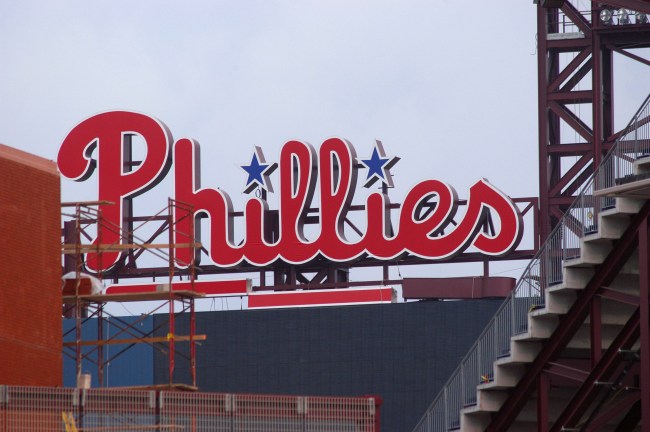 The MLB and the MLBPA have yet to come to an agreement to start the season due to a dispute over salaries but it looks like they may have another hurdle to clear when it comes to the Coronavirus.

On Friday afternoon it was revealed that five Phillies players and three staff members have tested positive for Covid-19 at the team’s camp in Clearwater, Florida.

Five Phillies players who had been training at the team’s facility in Clearwater, Florida have tested positive for coronavirus in recent days, multiple sources tell NBC Sports Philadelphia.

In addition to the five players, three staff members have tested positive. The identities of those infected is not known.

A significant number of team personnel are awaiting test results so it’s possible the outbreak could worsen.

None of the eight people who have been infected have been hospitalized and the virus appears to be under control in all of them.

The team had been allowed to begin workouts in the past few weeks before the outbreak.

Over the past few weeks, the team allowed several more players to begin working out at the facility. Strict health and safety precautions were taken and group sizes were limited. Still, there was an outbreak.

The outbreak comes as numbers of cases are spiking all over Florida. While it’s possible for teams to supervise players at a ballpark, it’s not possible to fully prevent them from interacting with a community that is considered open. This remains a public problem and baseball is a small piece of that.

“I’m not trying to scare anyone, but this is real and it spreads quickly and easily and people need to know,” said one person who knows some of the Phillies personnel who has tested positive.

This is obviously terrible news for sports leagues and fans who had hoped to have live sports come back in the country.

MLB rules on workouts at team facilities have been extremely strict because they feared something like this happening. And it still has happened. https://t.co/LJ6jUW9yvb

And this even before Spring Training 2.0 begins. This will be harder to negotiate than an agreement between owners and players. https://t.co/GnvBeNYeKu

I love sports and really want them to return. But just totally not sure how they are going to be safely played with this still going on. https://t.co/MFHXO1XkTo

I keep wondering if MLB/PA actually do get to the finish line will the games even go on (in any team sport in the US). I will stick with what I have been writing for months: The common enemy is the virus. https://t.co/ysmubUunAK