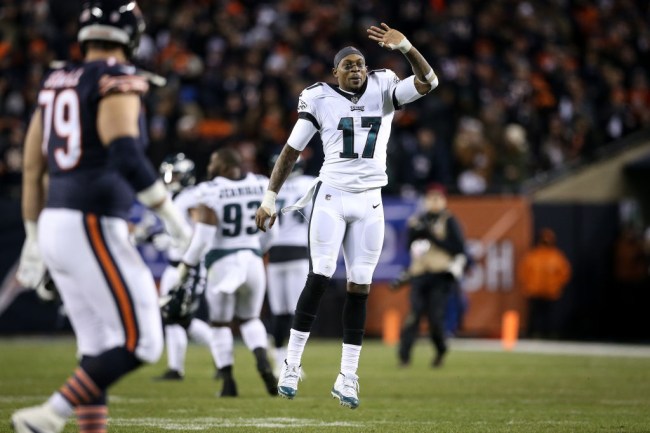 In the words of the great Alabama coach Bear Bryant, “Show class, have pride, and display character. If you do, winning takes care of itself.”

In the words of Philadelphia Eagles fans, “Fuck your character, let’s party.”

It seems like the entire state of Pennsylvania Venmo’ed Cody Parkey to mockingly thank him for shanking the 43-yarder heard round the world.

Now, a highrise building in Center City Philadelphia is joining in on the fun. The PECO Building, which is known for its LED-electronic display of time, temperature, and news, twisted the knife on poor Cody’s right foot by re-creating his devastating miss on the side of their building.

The double-doink in bright lights high above the city of Philadelphia.

That's right, the PECO Building is showing an animation of the famous blocked kick. pic.twitter.com/UiicTFvhYA

Instead of letting Chicago collectively mourn over their team getting bounced from their first playoff appearance in seven years, Philadelphia has decided to take the low road and kick them in the ribs while they wallow in sorrow. Gotta love how petty sports can be. Never change, insert city here.

But let’s not forget the real hero the city should be recognizing.

The Eagles are still alive thanks to the left hand of Treyvon Hester, who tipped Cody Parkey’s final kick. pic.twitter.com/NliKZhQ2eZ

It’s always more provocative to hate the loser than to praise the winner. That sucks for my man Cody.