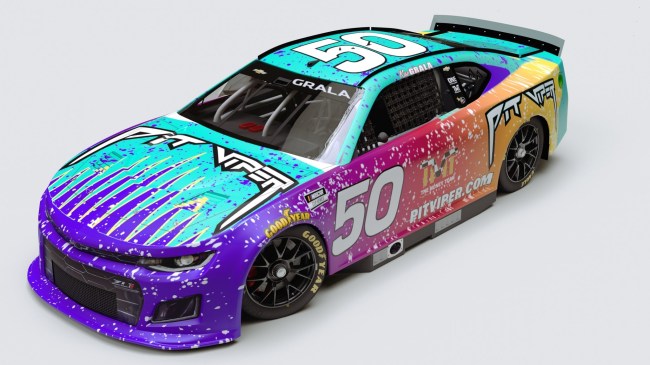 There are many reasons for NASCAR fans to be excited about the 2022 season. At the top of the list: The debut of the new NASCAR NextGen cars, a seachange of drivers and owners switching to new teams with new storyliens (IE: Brad Keselowski leaving Penske to be an owner/driver at RFK Racing), and a new generation of talent in the sports.

One of the new faces on the NASCAR circuit: Floyd Mayweather and Money Team Racing.

This is gonna to be fun! Welcome to the House @HowlerHead & @danawhite.

See you in LA 🤘 pic.twitter.com/f0HtIPTukS

Kaz Grala, 23, will be behind the wheel for the team.

“I love fast cars and I love to compete. I know NASCAR will not be easy, but anything easy isn’t worth doing to me,” Mayweather said in a statement. “With that being said, this move into auto racing seems to be a perfect fit for the Mayweather brand.”

Pit Viper sunglasses, the disruptive sunglasses brand that “demands respect and authority“, is the sponsor of the 50 Pit Viper Chevrolet Camaro ZL1. It marks the brand’s first sponsorship of a NASCAR Cup Series team.

Grala will have to earn a qualifying spot at Daytona to compete during the 500 on Sunday. Grala, meanwhile, has four career Cup Series starts, finishing 28th in last season’s Daytona 500. He won the season-opening Truck Series race at Daytona in 2017, becoming the youngest NASCAR winner in the track’s history.

⚡@FloydMayweather is officially announcing his move into @NASCAR, as @TMTRacing50 will attempt to qualify at the Daytona 500 with @PitViperShades and @KazGrala.

🗨: 'I love fast cars and I love to compete. I know NASCAR will not be easy, but anything easy isn't worth doing.' pic.twitter.com/E7p1ogZN4m

According to the team’s general manager and co-owner, William Auchmoody, the TMTR team will run at least four races after Daytona, with an “emphasis on road courses.” Auchmoody also told the AP that the team would like to run up to 15 races.

Talking about his new boss, Auchmoody added: “He loves cars… I met him a couple of years ago and had the conversation, man, you should check NASCAR out. He started watching it a little bit and next thing you know, I’m in Las Vegas and we’re hashing out the details of what it would look like to get involved in NASCAR.”

Look for more NASCAR-themed apparel from Pit Viper in coming weeks and months.

Let’s hope we get a pair of shades for race day in those colors. It’s looking fresh – like the zestiest of ranch dressing. 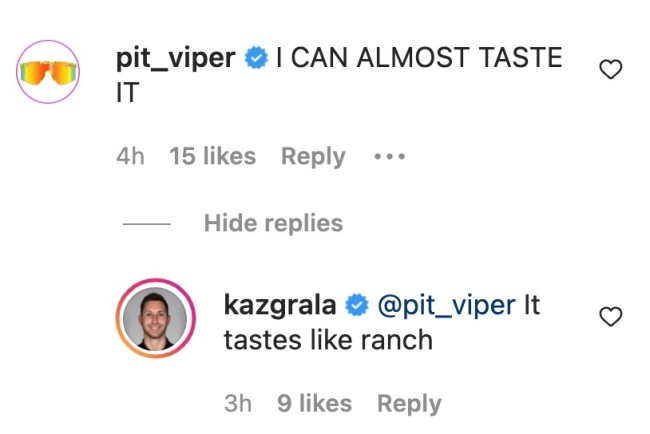