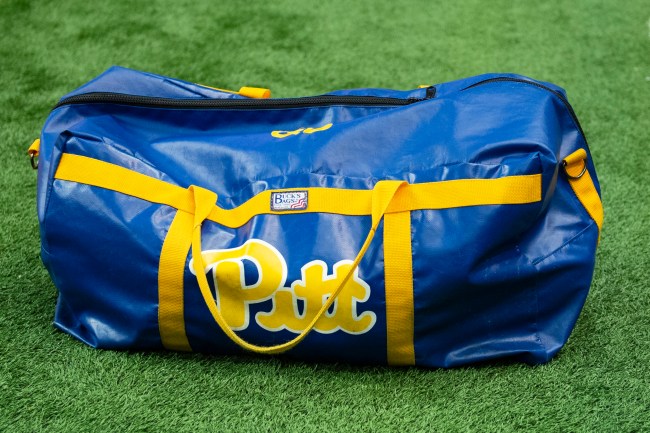 Halloween 2019 is officially behind us. The only “prank” I endured was running out of candy for trick-or-treaters only to find out my neighbors were passing out sno-cones for the kids, had a mini-pumpkin carving station, and had booze for the adults. So I was the asshole who ran out of candy while everyone else looked like the greatest Halloween houses in America. Joke’s on me, I guess.

Elsewhere, the Pitt Football team got pranked in the locker room. Much like Dr. Strange’s magic spell on the Time Stone in Avengers: Infinity War, it was quite a simple one yet very effective (unbreakable or whatever it was in the movie).

Karlo Zokvo is an Assistant Director of Player Personnel for Pitt Football. He dressed it up a full gameday uniform and stood on a podium where presumably there’s usually a statue. It’s either that or the players just assumed the statue was new.

As the Pitt players would walk closely by him he’d make a sudden movement and scare the piss out of the gigantic football players. Without fail, he’d get them every time. One dude’s first reaction was to throw a punch but he appeared to be so weak from the sudden fright that he couldn’t get any muscle behind the punch and immediately gave up on it. Another guy was so spooked he fell backward and landed on his ass.

All in all, this is a solid prank because it’s harmless and we get to see these giant-sized bros look like little baby children when they’re scared. Here’s the video on YouTube, Instagram, and Twitter so you can choose your preferred medium to watch:

Pitt’s sitting in 4th place right now in the ACC Coastal. They are 5-3 overall on the season, 2-2 in conference play, and have a notable win over previously-undefeated UCF earlier in the season.