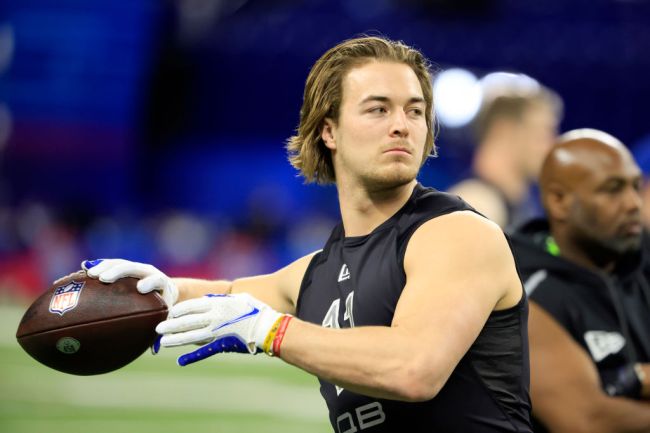 As the football world worked its way through the pre-draft process, there were plenty of question marks surrounding the year’s quarterback class. However, it somehow seemed the biggest of those question marks revolved around the quarterback with the smallest hands.

Kenny Pickett’s tiny hands were seen as a red flag to many when considering where he might be drafted. It turned out to not be enough of a red flag to prevent the Pittsburgh Steelers from taking him with the 20th pick in the draft, 2 rounds before any other QB.

The Steelers’ GM talked about the decision in an interview with Pro Football Talk this week.

“Honestly, I never paid attention to that. We look at the results. We watch Kenny play in our environment. . . . Can he throw the football? Absolutely. Did he have an excessive fumble rate? No, he didn’t. We just judge it on how he played.”

Steelers head coach Mike Tomlin talked to Rich Eisen about Pickett’s hands and also seemed to believe that it wasn’t the size of the boat that matters, but how it throws a football.

“I potentially was capable of buying into that if I didn’t watch him play college football in Pittsburgh and deal with the elements that come with playing in this environment. So you can buy into the hand size thing or you can just look at how he performed in a variety of conditions, and we have those conditions in Pittsburgh. So there was very little speculation from our perspective about how he might handle the ball in inclement weather, wet days, etc. They played North Carolina on a Thursday night, I went to the game, it was raining pretty good that night and he had no issues.”

The Pittsburgh Steelers took a big chance on some small hands, but it seems like they’re pretty confident in the decision to draft Pickett.