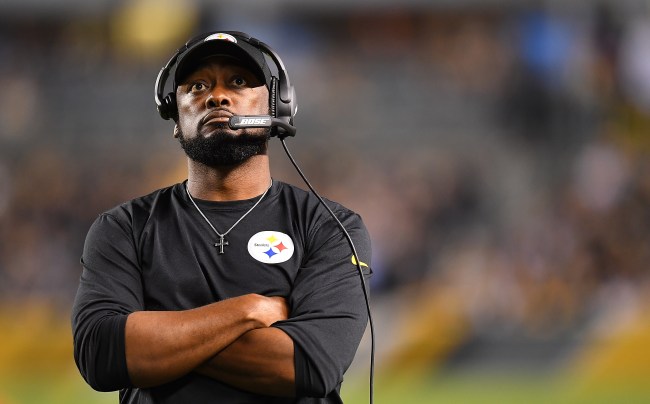 Does the NFL have another Bountygate on their hands?

In a recent interview on the Going Deep podcast with Willie Colon and Steven Cheah, former Steelers linebacker James Harrison admitted that coach Mike Tomlin once handed him “an envelope” after he was fined for a big hit on Browns Mohamed Massaquoi back in 2010.

Here’s the hit Harrison is talking about.

Considering the Saints got into huge trouble when they paid for illegal bounties back in 2012, Browns fans are calling for the NFL to investigate Tomlin and the Steelers about the “envelope” he gave Harrison.

Tomlin should be investigated….if Payton had to pay so should the Steelers #BountyGate2 https://t.co/NpvlgPS4TD

Tomlin should be banned from @nfl for a season, just like @SeanPayton https://t.co/xgJPohEnK5

would it even surprise anyone if the Steelers had been running their own version of bountygate??? https://t.co/DyL6kmnEk6

Nothing like the Bountygate in New Orleans. Nope. Tomlin and Harrison are stand up guys. https://t.co/Z4p3wa0ex4