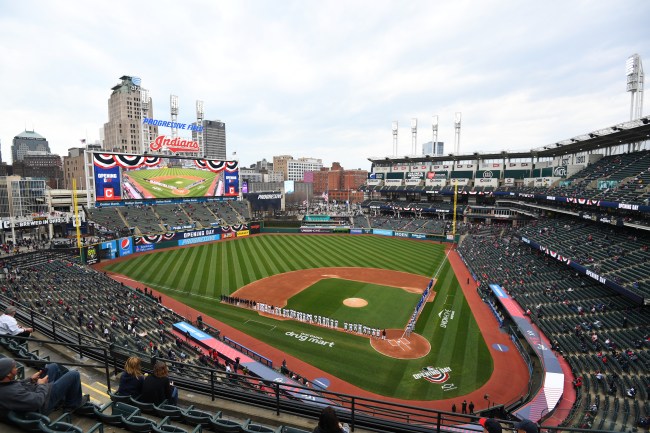 It seems like some people aren’t happy with the Cleveland Indians “canceling” Chief Wahoo.

Back in December the club announced that they were going to drop the “Indians” name as soon as next season. The team also updated the stadium’s rules and will not allow fans to dress as Chief Wahoo and other offensive images during games.

Indians announced that the team will not permit fans to enter the ballpark with Native American headdresses or face paint. This is the latest development in the franchise distancing itself from the name and imagery that have been hallmarks of the ballclub since 1915.

As the Associated Press notes, this policy falls under the category of disorderly, unruly or disruptive conduct which includes “headdresses and face paint styled in a way that references or appropriates American Indian cultures and traditions. Inappropriate or offensive images, words, dress or face paint must be covered or removed, and failure to do so may constitute grounds for ejection or refusal of admission.” Fans can be ejected or denied entrance for not following through as a result.

During the Indians home opener on Monday, several planes flew near the stadium with messages that read “cancel these nuts” and “Chief Wahoo did your mom.”

You guys. There are about 10 planes flying around the Cleveland suburbs with banners that say shit like “chief wahoo did your mom” and “make chief wahoo great again” and “cancel deez nuts.” What fresh hell is this? pic.twitter.com/dqmoRoRedb

imagine taking your kids to their first ever baseball game and during an at bat they ask you "dad what does cancel deez nuts mean" pic.twitter.com/Eq70dtbdrR