NFL Players To Avoid In Your Daily Fantasy Lineup In Week 17, According To A DFS Expert 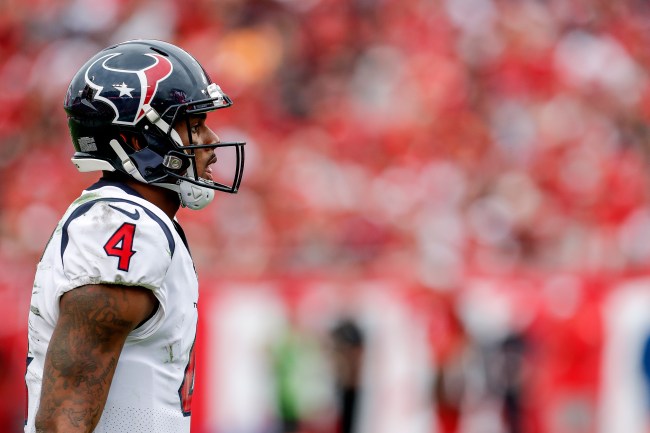 Welcome to our final regular season edition of Friday Fades. Let’s take a look at three players we are going to avoid playing in our lineups this week.

QB Deshaun Watson HOU $6700
While he’s been a fantasy stud this season, I’ll fade Watson this week. In a game against the Titans who play slow, and in a game that Houston doesn’t have a lot of motivation to win being locked into their playoff spot, I don’t think Watson has the high ceiling he generally has. Coupled with a lingering back injury, Houston could easily take him out at halftime to ensure he’s healthy for the playoffs, leaving anyone who rostered Watson feeling extremely disappointed.

RB Saquon Barkley NYG $8700
Saquon seems to be fully healed from his early season high ankle sprain, and has been balling the last two weeks. This week he gets the best run defense in the league though, and with the Giants eliminated from playoff contention…and ultimately probably wanting to ensure a better draft pick, I don’t expect Barkley to see as many touches as he typically would. I’ll fade him as the second highest RB on the slate.

WR Julio Jones ATL $8500
Another player who has caught fire the last two weeks, I’ll fade Jones for a lot of the reasons mentioned above. He’s got a lingering knee injury, and the Falcons have nothing to play for. The last thing they want to do is risk injury to the most important player on the team for 2020. I expect Julio to take it easy, and not put up the bananas numbers he’s been putting up the last two weeks.

Good luck this week, and don’t worry there’s still big prizes to be one during the playoffs!