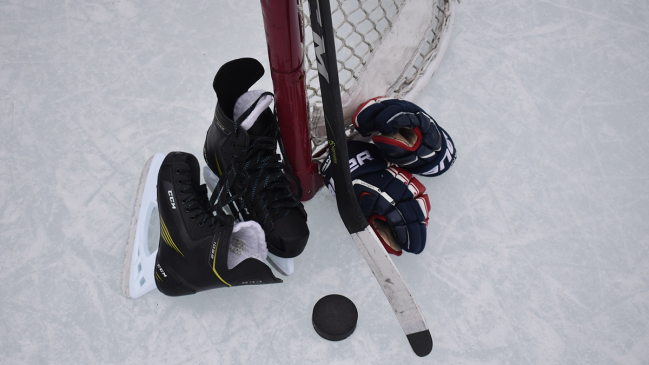 If you’re somewhat familiar with the lifestyle of a typical minor league hockey player (or have simply watched Shoresy), then you likely know that it tends to be a fairly unglamorous career largely defined by lengthy bus rides, rundown motels (or, if you’re lucky rundown hotels), and a paycheck that leaves plenty to be desired.

That’s especially true when you’re a junior hockey player on a team primarily comprised of teenagers who are largely hoping they might eventually get the chance to actually get paid to endure the kind of grind they’re already subjected to while attempting to make a name for themselves in largely empty rinks in fairly remote areas.

That includes members of the Heritage Junior Hockey League (HJHL), which is comprised of 14 teams scattered across Alberta, Canada—although that may not be the case for long based on what unfolded shortly after this year’s season kicked off.

There’s a very good chance you’re not familiar with the Ponoka Stampeders, but they’ve managed to make the news for all of the wrong reasons after suspending their season just five games into the 2022 campaign following what is possibly the most disastrous start a hockey team has ever been forced to grapple with.

Over the course of those five tilts, Ponoka posted a total of three goals while their opponents were able to net a combined 125—a stretch that included losses that ended with scores of 23-1, 25-1, 20-1, and 20-0.

We can officially confirm per source that the Ponoka Stampeders will not play for the Remainder of the 2022-23 Season. It’s it currently unknown if it’s a year of absence or it’s a complete fold. It became apparent that this was going to happen after they’ve been outscored 125-3

Last week, The Red Deer Advocate spoke to head coach Tyler Friesen, who said the team was forced to put out a call for help after multiple players who committed to play for the Stampeders simply didn’t show up to training camp and that the roster was home to seven guys who’d never played in a league where checking was permitted.

I for one am shocked that the Canadian junior hockey team that had this "HELP WANTED" ad on its website (complete with a Hotmail contact) quit five games into the HJHL season after getting outscored 125-3 pic.twitter.com/SO2qJyYbNt

After hearing that, It seems like this might’ve been for the best.