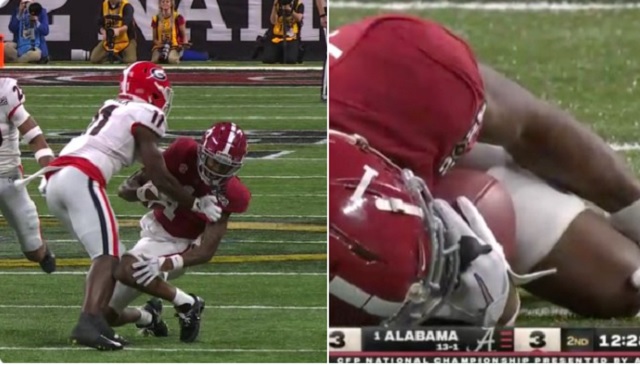 Alabama wide receiver Jameson Williams, who many consider to be one of the top wide receivers in the upcoming NFL draft, suffered a brutal injury during Monday Night’s National Championship game.

In the second quarter of the Alabama-Georgia game, Williams had to be helped off the field after suffering a non-contact injury while running upfield during a catch.

Alabama WR Jameson Williams, who is one of the top receivers in the upcoming draft, just went down with what appears to be a non-contact knee injury.

According to former NFL team doctor David Chao (ProFootballDoc), Williams potentially suffered an injury that would keep him out for some time.

Update: Williams was able to walk to the locker room under his own accord but the team has yet to release an update on his status.