President Trump Fires Back At Dr. Fauci Over NFL Restart, Still Says He’s Not Watching Football Due To Anthem Controversy 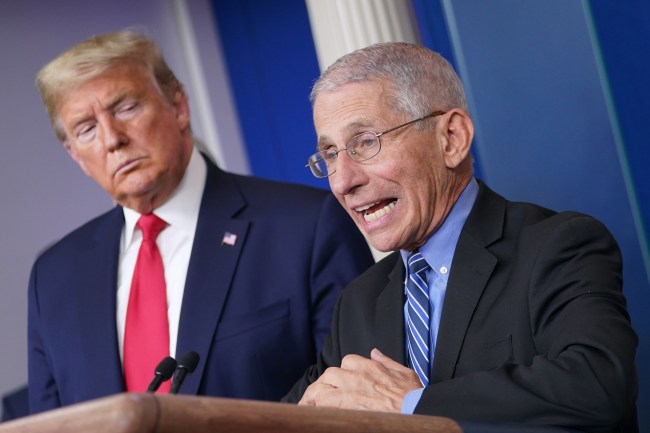 A few days ago Dr. Fauci, the director of the National Institute of Allergy and Infectious Diseases and a member of the White House Coronavirus task force, told CNN that football players would need to be isolated in a bubble to prevent the spread of Covid-19 next season.

Dr. Fauci told @drsanjaygupta that "football may not happen this year."

“Unless players are essentially in a bubble, insulated from the community & they're tested nearly every day, it would be very hard to see how football is able to be played this fall.”pic.twitter.com/GfiRBIwk5w

“Unless players are essentially in a bubble — insulated from the community and they are tested nearly every day — it would be very hard to see how football is able to be played this fall,” Fauci said. “If there is a second wave, which is certainly a possibility and which would be complicated by the predictable flu season, football may not happen this year.”

The NFL’s chief medical officer responded to Fauci on Thursday and said the league expects to move forward with the season as planned without a bubble.

Dr. Allen Sills, the NFL’s chief medical officer, responding to comments today from Dr. Anthony Fauci that it would be difficult to have a football season if players aren’t isolated in a bubble: pic.twitter.com/vghyou8HyK

On Friday morning, Trump tweeted that Fauci “has nothing to do with NFL Football” and that the league was going to restart the season with safety in mind. The President went on to say that despite supporting the NFL’s safety protocols he will not be watching football this season if they allow players to kneel during the anthem.

Tony Fauci has nothing to do with NFL Football. They are planning a very safe and controlled opening. However, if they don’t stand for our National Anthem and our Great American Flag, I won’t be watching!!!

It’s still unclear how the NFL will handle a widespread Covid-19 outbreak within the league in the fall but we’ll have to wait and see what happens.