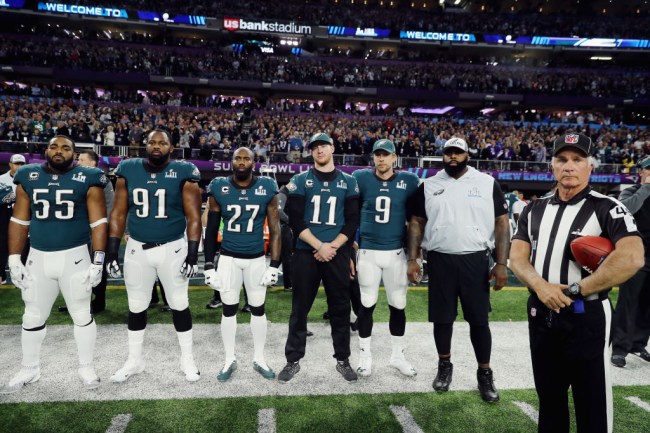 This afternoon President Trump announced that he had decided to cancel the Super Bowl champion Philadelphia Eagles White House visit on Tuesday, citing the team’s participation in national anthem protests.

“The Philadelphia Eagles are unable to come to the White House with their full team to be celebrated tomorrow. They disagree with their President because he insists that they proudly stand for the National Anthem, hand on heart, in honor of the great men and women of our military and the people of our country,” Trump said in a statement.

Earlier this week, the team’s ownership decided that they wanted to send a small contingent to the White House to avoid problems in the locker room.

The Eagles held meetings with their players in recent weeks and, according to sources, Jeff Lurie didn’t want to put the players in a tough spot so he decided to send a smaller contingent. Other players were going to have an optional day at the facility. Now, no trip to D.C.

Trump just cancelled the White House event for the Super Bowl champion Philadelphia Eagles because some of the players weren't going to come. pic.twitter.com/lzh4FxF1IT