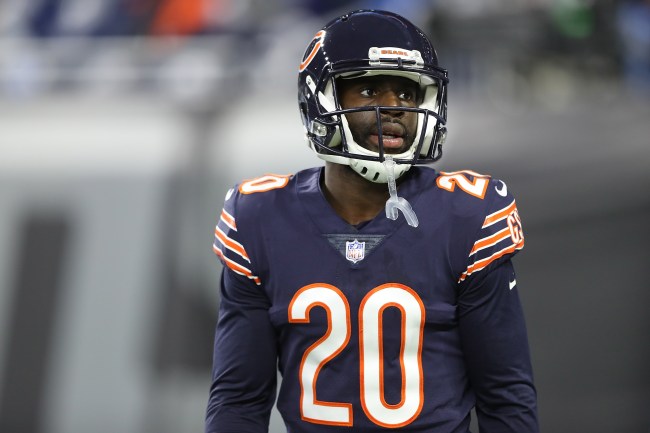 Prince Amukamara is a cornerback for the Chicago Bears and former first-round NFL draft pick. He’s been in the league for eight seasons, won a Super Bowl with the New York Giants in 2012 and, at 29 years old, is still in the prime of his career. But as much as he’s accomplished in the game of football, it sure sounds as if he’s got grander plans after his pro career — and it’s because of the recent trend of players retiring earlier.

From the recent retirement of Rob Gronkowski to other star players like Calvin Johnson and Patrick Willis before Gronk, Prince Amukamara says that NFL players are more interested these days in working as hard as they can during a short period of time, earn as much money as possible and then walk off into the sunset to spend time with their families and fulfill other passions. Amukamara says most young guys don’t want to be like Tom Brady, who, at 41 years old, just won his sixth Super Bowl title and has said he wants to play till he’s 45.

In an interview with Business Insider, Prince Amukamara said that NFL players have gotten smarter about their earning power, along with the risks of playing pro football for too long, which can lead to debilitating long-term injuries. Here’s what the cornerback had to say.

“I think guys are starting to value their relationships with their kids, and I think guys have a lot of aspirations off the field that they wanna accomplish. Even though football has helped them get there, yeah, I don’t think guys just are trying to play 15-20 years.”

Prince Amukamara brings up a good point here. As we saw running back Le’Veon Bell do last season — when he sat out the entire year after realizing he wasn’t getting the long-term deal he wanted from the PIttsburgh Steelers — more NFL players are taking control of their futures. Hell, even Bell’s former Steelers teammate, Antonio Brown, forced his way into a trade, which resulted in a restructured contract that pays him more per year. It’s something that Amukamara says NBA players have done for years, so NFL guys are starting to get onboard with the idea.

“I feel like the NBA got it right so much earlier than us and then the fact like, they know their earning power. Look at what’s going on with Anthony Davis! The fact that a player can … ask for a trade and ask for out, I never heard of that. I’m not putting shame in anybody’s game.”

“I think guys are really just taking their career into their own hands, and they’re starting to realize their earning power,” Amukamara said.

“You wanna take care of your career, you know how much your earning power is, you know how fast your window is closing,” he said. “Guys are just starting to see that and take advantage of it.”

It’s interesting to hear a current NFL player like Prince Amukamara say this while he’s still in his twenties and, presumably, has some solid years left in the league. But it’s a mindset that seems to be more of a trend these days as more NFL players are getting smarter about the risks involved in playing for 15-20 years, knowing that all that money they may have made during their career means nothing afterwards if they’re too banged up to enjoy it with friends and family.

While guys like Tom Brady and Drew Brees are aberrations as they continue to excel into their 40s, it sounds as if Amukamara thinks more and more of his peers value getting as much money as possible in a shorter period of time, getting out before a major injury occurs. Whether that’s the right approach or not isn’t for anyone to judge, because NFL teams aren’t looking out for players once they become expendable, so why should the loyalty be there from players after they get theirs?