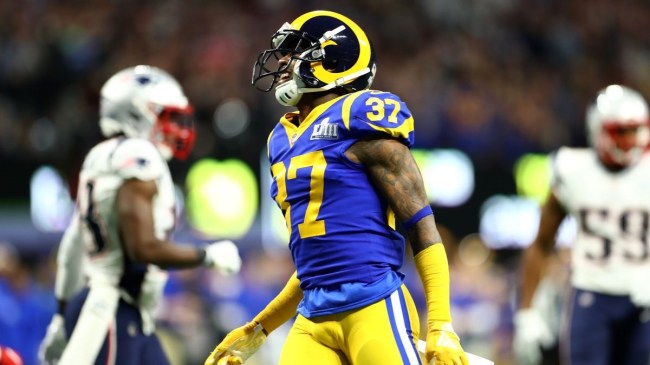 Sam Shields had a lengthy and successful NFL career. But now he says that he wouldn’t do it over again if given the opportunity.

The Green Bay Packers signed Shields as an undrafted free agent out of the University of Miami (FL) in 2010. He then blossomed into one of the league’s best cornerbacks. Shields won a Super Bowl with Green Bay as a rookie and made the Pro Bowl with the team in 2014.

He retired following the 2018 season, which he spent with the Los Angeles Rams, after a number of concussions and resulting issues.

Now, Shields says he’d gladly give it all back if it meant not having to deal with the results of concussions.

Shields recently spoke with Dan Le Betard on an episode of “South Beach Sessions” and said that he’d have gone to a trade school if he could do things over again.

#SouthBeachSessions Before the concussions started, Sam Shields was one of the fastest cover cornerbacks in football. He spent nearly a decade in the NFL…
He wishes he hadn’t.

“I’d be going to school, trying to work for home improvement,” Shields said in the interview. “I’d be trying to learn how to build a house.”

He went on to explain how he enjoyed his NFL career, but that the side effects weren’t worth it.

Shields said he felt “blessed” to have had the opportunity to be in the NFL, but thathe “went through it” and felt that there was not enough support for him. He described his head as being “all mushed together with the concussions.”

It’s not the first time the former star has addressed his concussions.

He wrote an article for The Players’ Tribune in 2018 talking about missing time with concussions and how difficult things got for him.

It was three o’clock in the morning on some night in January 2017. I forget which one. I’d had a lot of bad nights around that time, but this one was the worst. I couldn’t sleep. It felt like my brain was cramping, or like it was trying to break out of my skull or something. I was rolling around in my bed, whipping my body back and forth, trying to escape the pounding inside my head.

Next thing I know, I’m curled up in the fetal position, shaking and crying. – Sam Shield in The Players’ Tribune

In NFL is currently implementing changes to its concussion protocols following an incident with Miami Dolphins quarterback Tua Tagovailoa earlier this season.